Created by the most microscopic camera 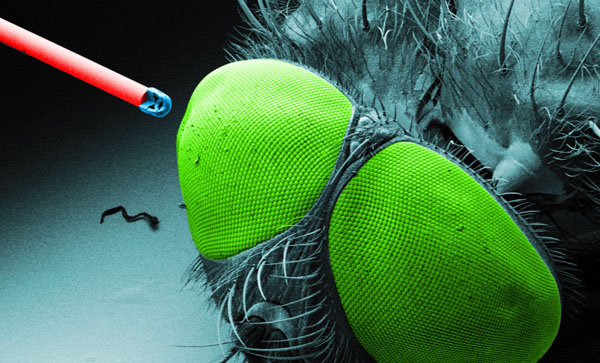 According to the developers, such a camera can be used for medical research in tandem with the endoscope, and can be equipped with a similar device of the microrobot, sent inside the human or animal body.

Yes, in itself this camera is a very useful stuff that is placed inside a syringe needle, so as they say the creators of the device, it can be implemented anywhere, even in the brain.

The camera has three lenses, and the thickness of a little more than the invention of human hair is only 100 microns (0.1 mm), its width is 120 micrometers together with the body of the device. The camera is able to focus on the object from a distance of three millimeters and can transmit the image obtained by fiber optic cable with a length of about five feet, at the end of which it is secured. 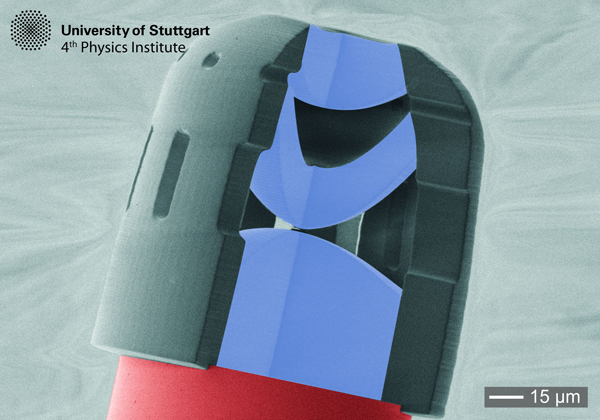 Miniature triple lens has been fabricated with a femtosecond laser under a microscope directed on a photosensitive polymer material, which by exposure to laser harden, thus forming the optical element.

The researchers were able to achieve high precision in the manufacture of such lenses, therefore, in addition to the very small size of the lenses may vary in form. In the process of testing German scientists have created a spherical, aspherical paraboloide and even with several optical surfaces of the elements.