Created in China has created a working version fuelless engine 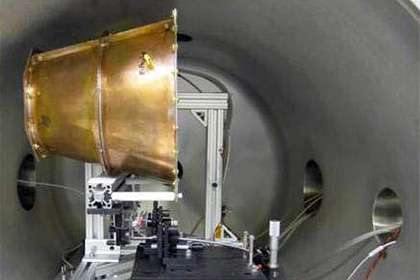 Chinese scientists have declared that have created a working version of a fuel-less EmDrive engine whose principle of action still remains unknown. The device was tested on Board the space laboratory “Tiangong-2” and are now going to use on orbital satellites.

At a press conference held in Beijing, researchers from Chinese Academy of space technology confirmed that the government of the PRC since 2010 has funded research engine, which supposedly violates the law of conservation of momentum. According to scientists, they managed to build several versions of the device for testing in zero gravity. The results of the experiments that took into account the influence of various factors, confirmed that the EmDrive does create a slight pull.

Article by NASA scientists previously confirmed that the engine is running, was published on 17 November. It is reported that EmDrive is able to develop a thrust of 1.2 millinewton per kilowatt.

Engine EmDrive is a device of a magnetron generating microwaves, and a resonator, accumulating the energy of their oscillations. Externally, the unit resembles a put on the side of the bucket. This design allows, according to engineers, to convert the radiation into thrust. The power plant on the basis of the EmDrive would reach the edge of the Solar system for several decades, but for a few months.