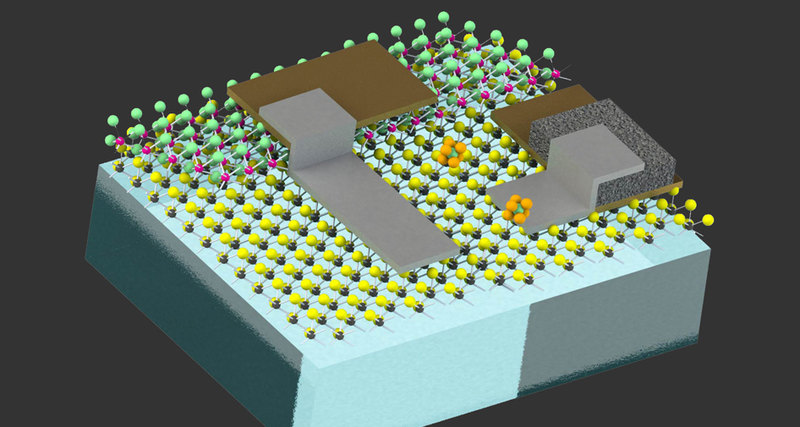 Scientists from the Massachusetts Institute of Technology created the world’s first aerosol containing nanobots. This discovery can radically change the development of robotics.

These nanobots can do virtually anything, from identifying dangerous leaks in the pipes to diagnosing health problems. The article about the discovery is published in the journal Nature Nanotechnology

Each sensor in an aerosol spray consists of two parts. The first is a colloid, a tiny insoluble particle or molecule. The colloids are so small that they can soar in the air or water forever – the force of particles colliding around them is greater than the force of attraction.

The second part is a complex scheme consisting of a chemical detector built of two-dimensional material, like graphene. When this sensor meets a certain chemical in the environment, its ability to conduct electricity is enhanced. The circuit also includes a photodiode, a device capable of converting light around into an electric current. It provides the system with the energy needed to collect data and memory nanobots.

Researchers have instilled a scheme for colloids, thus giving the latter the ability to travel in unique environments. After combining the scientists gave nanobots the shape of the spray, that is, now they can be sprayed. Such a method of delivery would not be possible without colloids. “Schemes could not exist without a substratum,” says lead author Michael Strano. “We had to introduce circuits into particles to give the system strength, and also make it big enough that the bots could travel with the flow.”

Why do we need such nanobots? Scientists have demonstrated several ways to use them. For example, they designed the sensors so that they fixed the toxic ammonia, and tested this ability in the pipe section. They sprayed the sensors from one end, and on the other they collected them with gauze. Analyzing the information in the diagrams, they were able to tell if the sensors were coming into contact with ammonia.

In the real world, technology can save inspectors from having to inspect the entire pipe from the outside, since you can simply spray there an aerosol with nanobots.

The same technology can help with the diagnosis of diseases in the human body, traveling through the digestive tract, collecting information and delivering it to doctors. “We consider our research to be an introduction to a completely new area of ​​robotics,” says Strano.