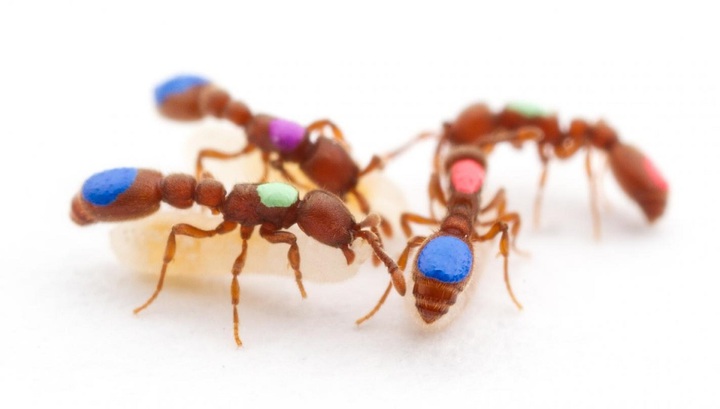 The revolutionary CRISPR gene editing technology is now widely used to modify single-celled organisms and, more importantly, to change the functions of any cell type in multicellular organisms.

In the latter area, the specialists achieved great success: two independent groups of researchers immediately reported that with the help of CRISPR they were able to create mutant ant mutants. That is, for the first time changes affected the entire body, and not a certain group of cells.

The solution was simple: manipulations were carried out with ant eggs, and as a result, changes in the germline affected each cell of an adult insect. How does it work and what has changed in the behavior of mutant ants?

Recall that since ants live in colonies, functioning as superorganisms, they are a convenient model for studying complex biological systems.

“If you are interested in studying social behavior and their genetic basis, ants are a good example.” Now we can “knock out” any gene that, in our opinion, will influence social behavior, and see the consequences of this action, “says the press. -release lead author of one of the works of Daniel Kronauer (Daniel Kronauer) of Rockefeller University.

His team used in their study a species called Ooceraea biroi. Its distinctive feature is an unusual way of reproduction, known as parthenogenesis. This is one of the forms of sexual reproduction, in which female reproductive cells (oocytes) develop in the adult body without fertilization. O. biroi is characterized by such a kind of parthenogenesis as clonal reproduction: eggs develop as clones, and as a result, the colony is a huge number of genetically identical insects.

“This means that using CRISPR technology to modify individual eggs, we can quickly grow colonies containing a gene mutation that we want to study,” explains Kronauer.

In the meantime, his colleagues from New York University used in their study Indian jumping ants (Harpergnathos salator).

“We chose this species because of one of its special features, which makes it easy to turn workers into queens,” says one of the study’s leaders, Professor Claude Desplan. The fact is that in the event of the queen’s death, young worker ants begin to struggle for power. As a result, one of the individuals becomes “pseudo-royal” and gets the right to lay eggs.

“In the laboratory, we can modify any embryo of a working ant – change its genome and turn it into a” pseudo-king “that will lay eggs, and then a new colony will appear in which the altered genes will multiply,” explains Desplan.

The professor, along with his colleagues, began studying the ants of H. salator a few years ago, and during this time scientists collected a lot of data about their epigenetics. In other words, gene expression (during which hereditary information from the gene is converted into a working product – RNA or protein) rather than changes in the genetic code itself.

“The queens and working ants are genetically identical, but they develop completely differently, which makes this species a good system for studying epigenetic control of development,” Desplain said.

Despite the differences in “working material”, both research groups “knocked out” with the help of CRISPR technology the same gene. It is called orco and is responsible for the perception of odors (by the way, earlier the same gene was removed from the genome of mosquitoes, and they lost “taste” to people).

In the formic genome, there are as many as 350 genes of olfactory receptors. Affecting each of them is impossible. But here scientists are lucky: if you remove orco from the game, you can disable the function of all 350 genes.

The fact is that each of the olfactory receptors requires an orco gene to work effectively. Once it was “blocked”, the ants became immune to the signals of the pheromones they use for “communication.” And without these chemical signals, insects immediately turned into antisocial: finding food, working processes, communicating with each other and even finding a home – all their actions lost their main reference.

The “mutant” ants (in the video below they can be distinguished by color marks) showed various behavioral anomalies that are not amenable to analysis, scientists note. Curiously, the deviations began to manifest themselves only in the “adult phase” of the life cycle.


More surprisingly, the “blocking” of the orco gene also had an effect on the anatomy in adults of both species. Let us explain that in the antennae of ants (as in the human brain) there are specialized information processing centers that are responsible for the perception and processing of olfactory signals. After the “disconnection” of the orco gene, the substructure of these sensory centers in insects simply disappeared.

This was a surprise to scientists, since the anatomy of the brain of the previous “orco-mutants” (for example, the same mosquitoes or fruit flies) did not change. Probably, the olfactory ability for ants is much more important than for other insects, the authors conclude. 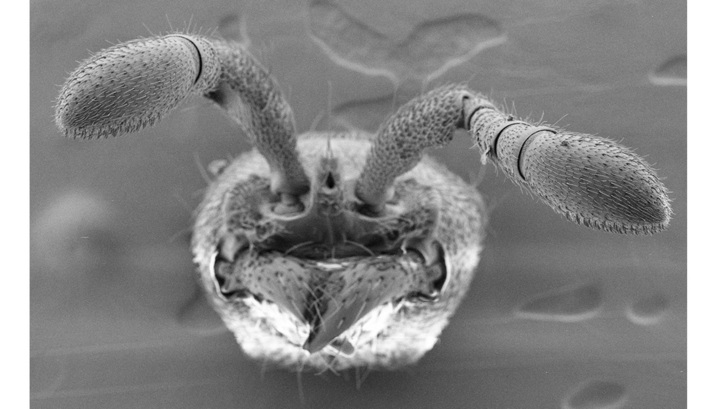 The question, how and why the changes described above, are still to be clarified, says Kronauer. So far it is unclear whether these centers die, because they are not used, or they simply do not develop in individuals with an already edited genome.

Also, researchers have yet to find out whether similar mechanisms will work in other animals, especially when brain development also largely depends on sensory perception.