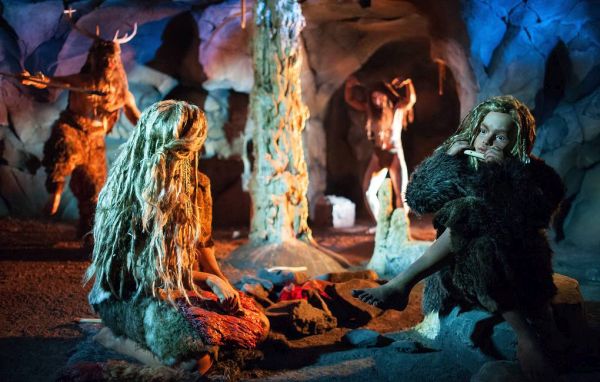 Anthropologists have found the first evidence that Cro-Magnons reached the territory of the Iberian Peninsula at least 38 thousand years ago. This is about 5 thousand years earlier than scientists previously thought. An article describing the study was published in the scientific journal Proceedings of the National Academy of Sciences.

“The question of what the Cro-Magnons did with the last Neanderthals – destroyed or assimilated – remains one of the main mysteries of paleoanthropology. The unexpectedly large age of the tools from the Picareiro Cave excludes the possibility that the first people arrived on the Iberian Peninsula after the Neanderthals disappeared . This in itself is very interesting, “- said one of the authors of the work, an anthropologist from the University of West Bohemia (Czech Republic) Lukasz Friedl.

Over the next several millennia, people spread throughout the subcontinent, gradually settling in all corners of Europe. Now anthropologists and archaeologists are actively studying how this process took place and how the last communities of Neanderthals and the first groups of Cro-Magnons that penetrated their territory interacted with each other.

Through excavations in the Picareiro Cave in southern Portugal, Friedl and his colleagues have learned new details of this process. There, at the end of the last century, scientists found traces of a settlement that supposedly belonged to the Cro-Magnons. Scientists have recently begun to excavate in the deepest regions of this site. They brought several unexpected discoveries at once.

The first inhabitants of the Iberian Peninsula
In the sediments at the bottom of the cave, scientists have found several hundred animal bones, on which traces of processing with tools can be seen. The researchers also found the stone choppers, scrapers and other tools of ancient people themselves. These findings belonged to the so-called Aurignacian culture, which is uniquely associated with the first Cro-Magnons of Europe.

Thanks to the proximity of animal bones to tools, as well as the traces of their use, Friedl and his colleagues were able to accurately calculate the time of the appearance of the first representatives of Homo sapiens in the south of the Iberian Peninsula. To do this, scientists extracted scraps of protein molecules from the bones that lay in different layers of the soil and measured the concentration of radioactive carbon-14 in them.

As a result, it turned out that the age of tools and bones ranged from 38 to 41 thousand years. This is about five thousand years longer than the oldest traces of human presence found in a cave in southern Spain a few years ago.

These results, as Friedl notes, show that the last Neanderthals of the Iberian Peninsula, which became extinct in Portugal not earlier than 37 thousand years ago, could contact and interact with Cro-Magnons for a very long time.

So far, scientists cannot say how these contacts went, since the traditions of making tools and other aspects of the life of the Neanderthals practically did not change for the entire time when they supposedly lived next to the first European Homo sapiens. Anthropologists hope that the subsequent study of the Picareiro Cave will answer some of these questions.