Crocodiles are the evolutionary ancestors of humans? 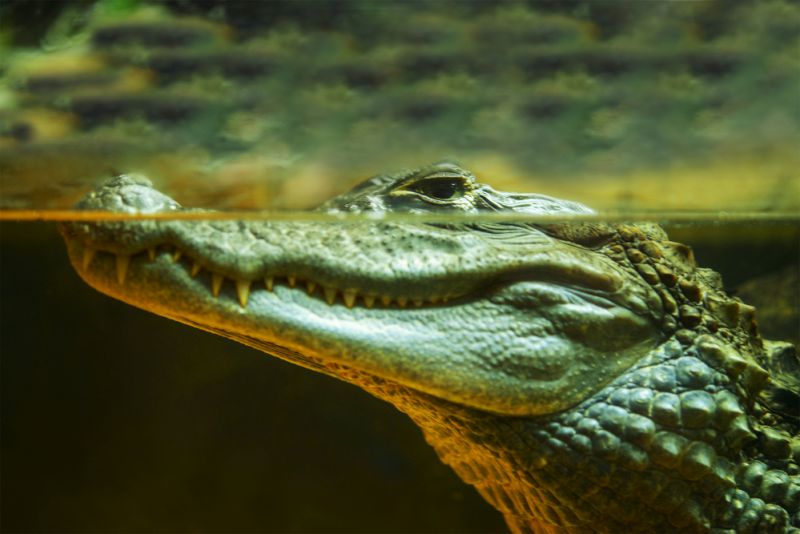 The ancestors of man, who were the first to use thinking and planning, could be crocodile reptiles with large eyes. To such an extraordinary conclusion came the American biologists.

In their opinion, the evolutionary leap, the development of elementary thinking and the emergence of vertebrates from the aquatic environment on land contributed to an improvement in sight. First, the creatures that lived in the water could see the potential prey on the shore, and then reached it.

The matter is that invertebrates came to the land 50 million years before vertebrates, and this could become a powerful motivating factor for the latter to repeat the same path. After studying the petrified remains of living creatures, it became clear that the eyes of vertebrates increased almost 3-fold even before they emerged from the water. In addition, the location of the eyes changed – they began to be located higher. This led to a more developed vision, which proved to be much more useful in the air than under water. Even just sticking his eyes out of the water, the inhabitant of the depths could see 70 times more. A 3-fold increase in the size of the eyes made it possible to visually control the space in the air even better. At the same time, in water, the large size of the eye only slightly increases the visual range. Moreover, as studies show, some of the ancient creatures, after visiting on land, again returned to the water element, after which their eyes atrophied and became smaller.

Scientists found out that before leaving the water for dry land, the average size of the orbit of the studied creatures was 13 mm, and during the transition it increased to 36 millimeters. And this took 12 million years. But the good sight formed during this period could lead to brain enlargement in early terrestrial vertebrates and to the ability to plan their actions, instead of instantly and thoughtlessly reacting like fish, whose sight under water is limited. In the future, this same ability could evolve already in human thinking.