Crows are able to plan the future 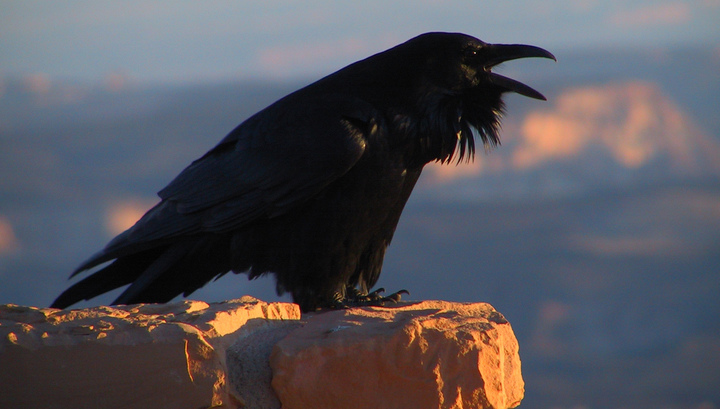 Planning is one of the foundations of the success of human civilization. The ability to foresee the future and patiently endure difficulties in anticipation of results helps a person to work for the future. Ten years ago it turned out that some monkeys – chimpanzees, bonobos and orangutans – can also make far-reaching plans. Now in the course of experiments, biologists have discovered that the same abilities are possessed by the arms. However, the fans of the series “The Game of Thrones” never doubted this.

The crowds repeatedly struck scientists with their complex behavior. They know how to use tools, distinguish between human voices, remember deception and understand the causes of various events.

Previous studies have shown that representatives of the family of the Vranovs hide food with an eye for the future. Swedish scientists from the University of Lund decided to test the abilities of these birds in more complex tests. Five ravens took part in the experiments, in which an box with an upward-facing tube and three additional objects were installed: a stone, a ball and a wooden ring. Birds quickly guessed that if a stone was thrown into the tube, refreshment appeared from the box, while the ball and ring did not give the desired result.

Then the crows were briefly put a box without any additional items. When the “device” was removed, the birds were given a tray, on which lay a stone and other objects, and allowed to choose and keep one thing to themselves. After 15 minutes, the box appeared again, and then the sides could use the stored “key” to the food. A similar cycle was repeated several times in a row and in most cases the crowds took a stone from the tray.

Even when the researchers complicated the task, and the box returned to the enclosure only the next day, the birds still kept a stone. In one experiment, there was no stone on the tray, but soon found out that they could get it instead of a blue plastic cap. Very soon all birds began to take a cap and after an exchange to take away a treat with the help of a stone.

Then the scientists checked the ability of the ravens to self-control, putting a small piece of food among the objects. In this case, the choice of ravens depended on the time interval through which the box appeared. If they knew that the “device” would be brought in a few minutes, then more often they left a stone promising a more generous reward. But when the box returned only the next day, many birds were guided by the principle “a better bird in the hand than a crane in the sky,” and took refreshments.

“To solve such problems, you need a whole set of cognitive abilities, for example, different types of memory that should work together,” says co-author Mathias Osvath, “These arms show similar abilities to monkeys, despite the fact that their last A common ancestor lived on Earth about 320 million years ago. “Well, evolution loves to repeat good decisions.”

Experts agree that the work published in the journal Science provides convincing evidence of the ability of crows to plan the future. Although, it is worth noting that the observations of this phenomenon by ancient people left their imprint still in Greek mythology, where the crowds often act as a symbol of prophecy.