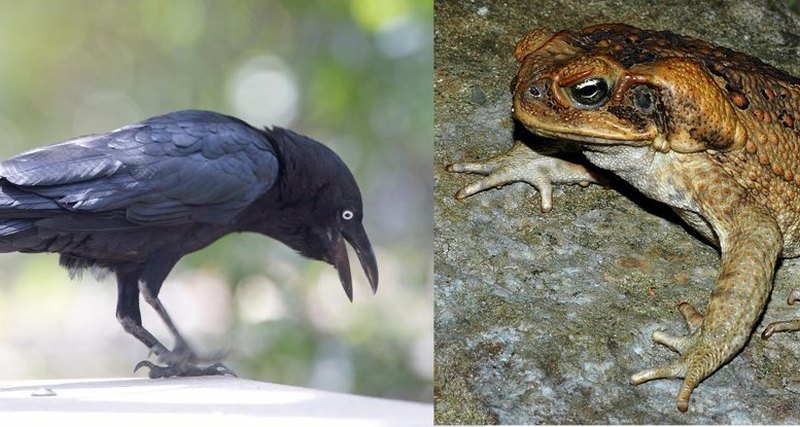 The Australian photographer managed to remove rare shots: the crows deftly kill them and eat a poisonous toad-agu without touching the glands that produce the deadly toxin.

Toad-aga (Rhinella marina) is poisonous: under the skin on the upper part of the neck, there are glands that produce bufotoxin. Doses of poison contained in the glands of one toad are enough to kill a cat, dog, snake or even a person. Initially the toad-agi lived in the Central and South America; there the growth of their population is restrained by predators, insensitive to bufotoxin – caimans, some snakes, birds and even ants. The latter enjoy the fact that the toad adheres to a passive defense strategy: in the event of danger, it dies and begins to emit a poison, so the ants can quietly attack.

In 1935 the toad-aga was brought to Australia. It was supposed that toads will help to cope with pests of agricultural plants, but the strategy did not work. The frogs found themselves another prey, but they themselves did not become prey: their poison was fatal to all Australian predators, and as a result, the population of predators decreased, and the toads, on the contrary, grew to catastrophic proportions. 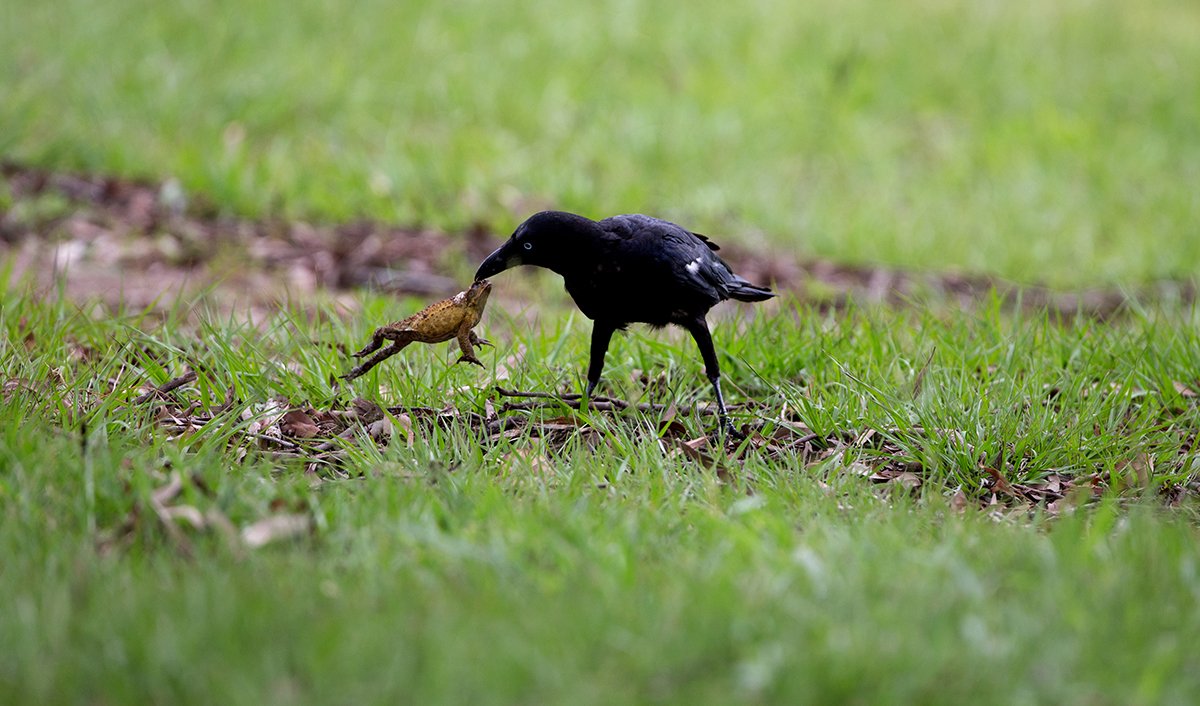 There are training programs designed to teach animals to avoid toads, but they do not completely solve the problem. Fortunately, there was one species that you do not need to learn how to handle poisonous agami: Australian crows (Corvus orru) do it themselves. Smart birds sorted out the anatomy of the toads and learned to eat only non-toxic parts, without touching the back and poison glands. Recently, the Australian photographer managed to remove rare shots: the raven cuts the toad as delicately as the Japanese cooks – the poisonous fugu fish. For one toad the raven took forty minutes.