Crows use tools for carrying items 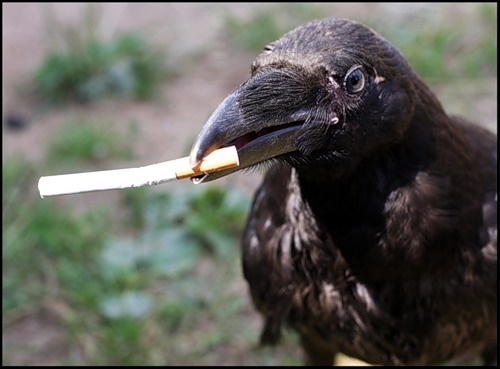 In birds of the family Corvidae exceptionally large brains, and they know how to use the tools, despite the fact that they don’t have them, not to mention opposable thumbs.

Crows in New Caledonia (France) — is no exception. Scientists witnessed as a captive crows have added a wonderful example of the use of the tool to their already rich repertoire. Not one, but two crows were inserted sticks into objects to carry them both at once, as some things were too cumbersome to carry them in its beak.

Four examples of the ingenuity of crows was observed by the researchers of the University of Lund (Sweden), including prosovyvaniya wooden sticks in a metal nut or a hole in a large wooden bowl. In all cases, and wand (tool carry), and suspended by the ravens claimed.

A 2002 study reports about a crow named Betty from New Caledonia, which took a piece of wire, bent it into a hook and got food, which would otherwise not reach. Also, scientists know that crows can recognize people’s faces and understand the displacement at the level of the child.