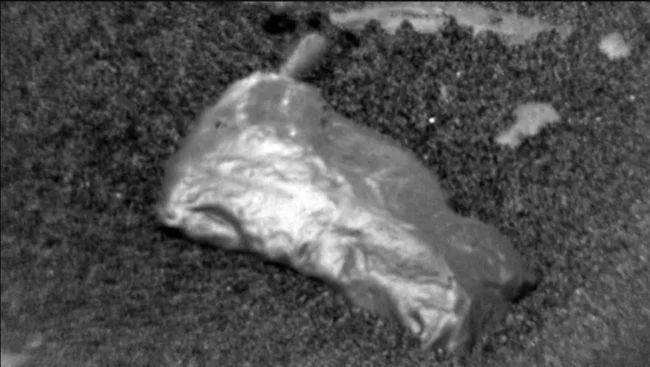 An unusual smooth and reflective Martian pebble attracted the attention of NASA scientists, after which they decided to divert the Curiosity rover from his work. While the InSight probe was landing on Mars this week, the Curiosity was quietly and peacefully studying the Red Planet, exploring a unique stretch of gray rock on the Highfield outcrop. “Curiosity” had been to Highfield before, but NASA scientists wanted to look at four previously discovered pebbles – including an unusual smooth stone that looks like a piece of gold.

There were suspicions that this stone, called Little Colonsay, is a meteorite, but NASA scientists will not be able to verify this until they have carried out a chemical analysis. The ChemCam instrument on the rover, consisting of a camera, a spectrograph and a laser, allows you to break the chemical laboratory in place.

What did the rover find? 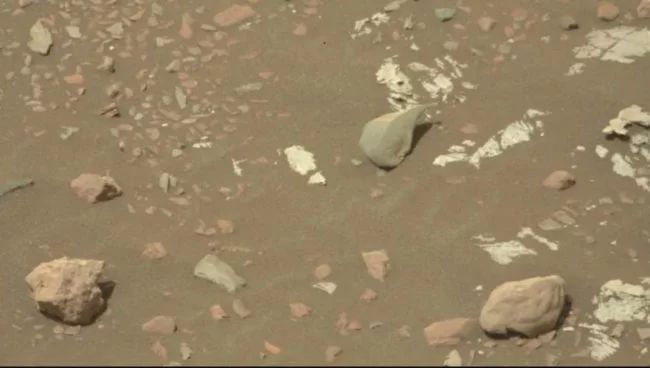 The fact that the rover could stumble upon a meteorite does not surprise anyone. He had already found several such items over the years of research, for example, a large metal meteorite in 2015 and a brilliant nickel-iron meteorite in 2016.

With all this, the rover explores the stone Flanders-Moss, which got its name in honor of its dark color. Again, NASA will not be able to find out for certain why this breed is dark until the “Curiosity” analyzes the sample after drilling. The other two stones, Forres and Idon, will also be explored while the Curiosity drives around Highfield.

Unfortunately, Curiosity is the only mobile rover on the Red Planet at the moment. His compatriot, the Opportunity rover, failed because a dust storm forced him to go into hibernation, from which he had not left. NASA has not yet announced the completion of the mission, the outcome of Opportunity will be announced next year.