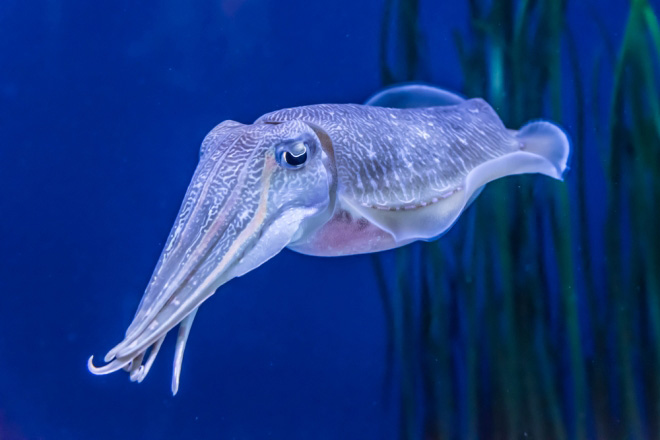 Biologists from the Chinese Tsinghua University checked the arithmetic ability of the hand-reared cuttlefish experiments and found that cephalopods can count to five, while one — year-old child to three.

Participated in the experiment 54 cuttlefish. Them in the aquarium launched their favourite food — shrimps. First one, then in groups up to five individuals. Primarily shellfish attacked the largest groups that, according to scientists, confirms their orientation in quantitative terms.

In addition, the more in the group of shrimp, the longer the cuttlefish made the decision. Especially I was given the choice between groups of four and five shrimp. The results of the experiment, scientists came to the conclusion that cephalopods considered the size of each group and compared the amount received.

Similar studies on the abilities of one-year-old babies found that children distinguished the groups in which there were two or three objects, but with the further addition of started to get lost. Arithmetic skills were assessed in rhesus monkeys, who were able to “count” to four.

When the cuttlefish had to make a choice between two dead shrimp and a living, they are not chasing the number, preferring quality. If the cuttlefish was fed up, I have a couple small shrimp, but if hungry is one great. This proves that cephalopods are capable of and to such tests in which, according to scientists, the role played by a complex algorithm minimize the risks of hunting.