Cuttlefish “wear” their thoughts on the skin 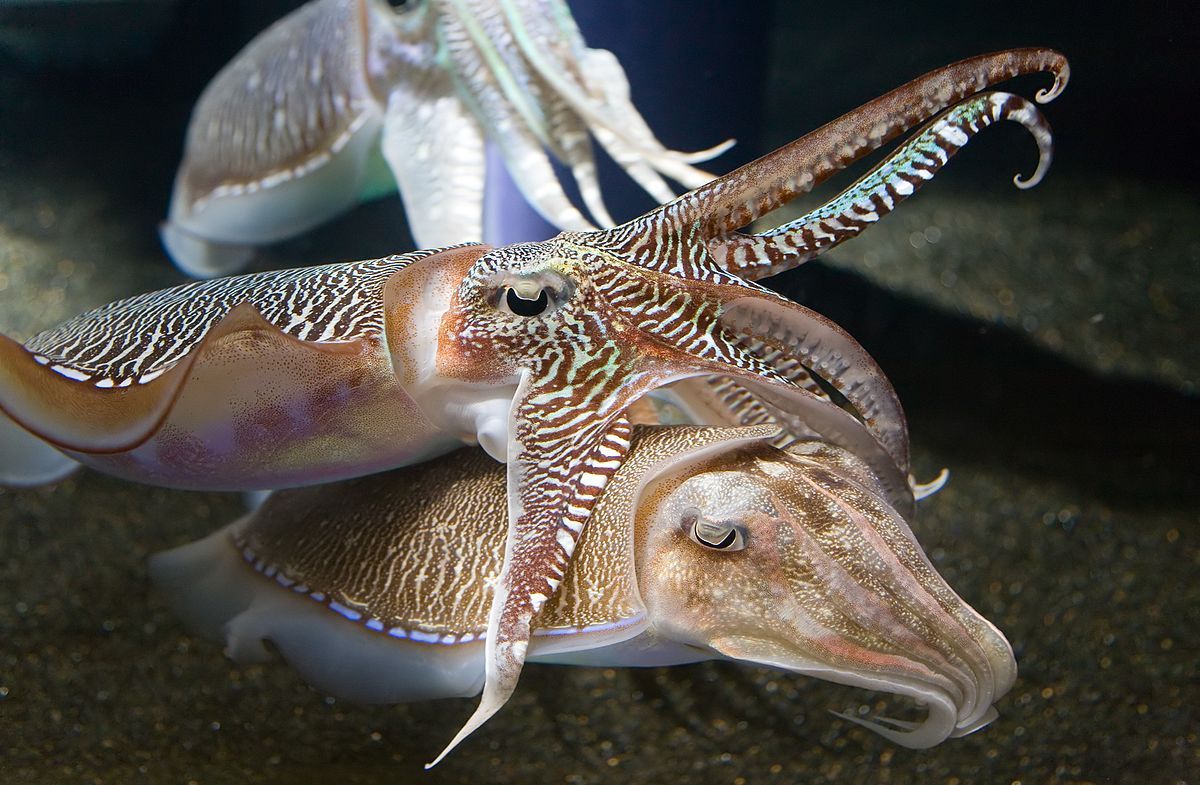 The developed video system allows you to track how the pigment cells of the mollusk, controlled by neurons, generate complex patterns on the body of the animal.

Cuttlefish – masters of disguise. They change their color, thereby merging with the environment. However, mollusks will no longer be able to hide their thoughts thanks to a method that affects the work of the cuttlefish brain, tracking the constantly changing patterns on its body. The results of the study, published in the journal Nature, will help scientists better understand how the brain of an animal controls behavior.

Cuttlefish are known to be masked by contracting muscles around tiny pigment skin cells called chromatophores. The cells have several colors and act like pixels all over the body of the cuttlefish, changing their size and giving the animal a different color. At the same time, the mollusk does not always accurately merge with the background: sometimes the drawing contains stripes, rings, spots or other complex patterns, allowing it to hide from predators.

To better understand exactly how cuttlefish change their color, neuroscientist Gilles Laurent at the Institute of Brain them. Max Planck in Frankfurt (Germany) and his colleagues created a system of 20 video cameras for shooting cuttlefish at a speed of 60 frames per second. They recorded how the color of the cuttlefish changes when it floats against the background of gravel and other printed images, which scientists have placed in a reservoir with animals as a background.

The recording began immediately after the birth of the cuttlefish and continued for several weeks. Laurent’s team developed a video processing technique that identified tens of thousands of individual chromatophores on each cuttlefish, including those cells that appeared during the growth of the animal. Scientists paid special attention to how synchronously the chromatophores function, changing the pattern on the body.

Previous studies have shown that each pigment cell is controlled by several motor neurons that travel from the brain to the muscles of the skin, and each such neuron controls several cells. They, in turn, are combined into larger motor systems that create patterns throughout the body of the cuttlefish.

Laurent’s work will make it possible to see how the animal links the chromatophores with each other, creating a pattern imitating the environment of the mollusk. The findings should allow researchers to trace feedback from the patterns on the skin to the neurons in the cuttlefish brain that form its camouflage. In addition, the developed video filming system will free scientists from the need to dissect an animal, connect electrodes to it, or train it in a certain way. Now the connection between what the cuttlefish sees and what it sends to motor neurons remains a mystery.

According to scientists, the answer must be sought in the brain of the animal, which creates a geometric pattern that simulates the environment of the cuttlefish, because it is where the processes of processing both signals from the eyes and signals of chromatophores occur.

Laurent says his work can inspire researchers to create artificial neural computer networks. They also include programs that fill in the missing part of the image using information from the pixels around it.