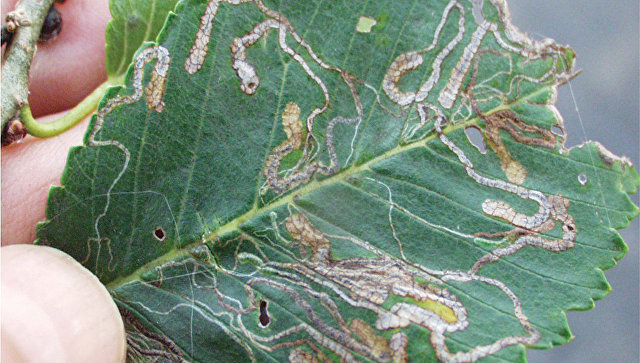 American ecologists found in the east and west of the United States a lot of colonies of Siberian moth babies that penetrated the territory of the New World along with sprouts of Far Eastern dwarf elms. Its distribution across America can cause the mass death of local elms, according to an article published in the journal ZooKeys.

“While it can not be said that the butterflies of Stigmella multispicata threaten the life of American trees, however, their distribution should be monitored – it is possible that these insects will start to affect not only the Far Eastern, but also local types of elms,” said Erik van Erik van Nieukerken from the Center for Natural Diversity in Leiden (the Netherlands).
So-called invasive species of animals that penetrate new territories and continents for themselves due to unconscious “help” from the human side are one of the main problems for the Earth’s ecology today. For example, the infiltration of Brazilian fire ants in the United States caused an ecological catastrophe, destroyed several species of snails and markedly reduced the number of other insect species and even mammals.

The appearance of the African fungus Batrachochytrium dendrobatidis in Europe, America and Asia destroyed dozens of species of frogs and other amphibians, and the “invasion” of the Colorado beetle into Russia and other countries of the socialist bloc in the mid-1960s was a great tragedy for collective farms and households.

Wang Niuerkerken and his colleagues discovered another example of such living things by conducting a “census” of insects living in forests in the vicinity of New York and the major cities of the states of Ohio and Indiana, as well as in the southern regions of Canada. To do this, scientists posted several specialized traps that allowed invertebrates to fly inside them, but not to leave their limits.

Studying the “harvest” collected in this way, the environmentalists came across an unknown type of moth that had an extremely unusual color and body shape. When American researchers tried to find their relatives among already known butterflies of this type, they found that the moth they caught was an “illegal migrant” – a guest from the Russian Far East. 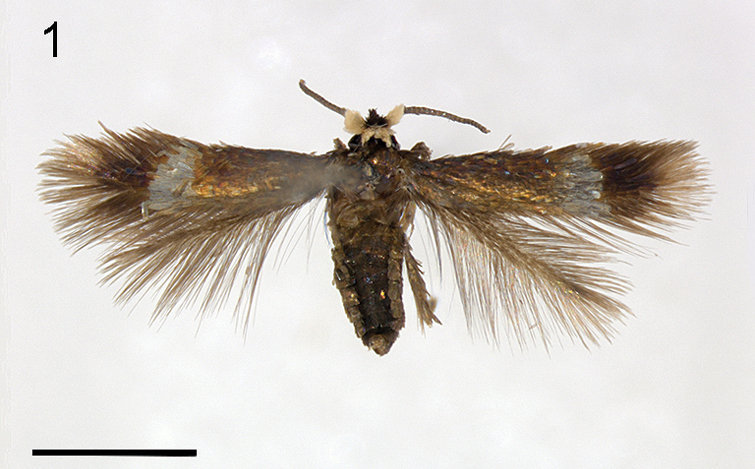 As noted by van Niuerkerken, these butterflies were discovered only recently, in 2014, by an expedition of Lithuanian biologists studying the flora and fauna of Primorye. As in the USA, these insects, named Stigmella multispicata, feed on the leaves of Siberian and Far Eastern dwarf elms.

Interestingly, the Far Eastern elms themselves, the first planting of which began in the USA in the 1860s, are now considered invasive species, gradually displacing other species of these trees from American forests and forest plantations.

The presence of Far Eastern moths in two remote corners of America, according to scientists, suggests that these butterflies penetrated into the territory of the United States and Canada as a result of the purchase of living seedlings in the Far East, with which the colonies of Stigmella multispicata also penetrated into new regions.

Despite the very rapid nature of the spread of this moth, and a large number of its individuals, until these butterflies have begun to affect the local species of elm, which makes them relatively safe for ecology. On the other hand, the authors of the article do not exclude that they can “switch” to a new diet if their numbers grow even more, which will lead to more serious and dangerous changes in ecosystems.