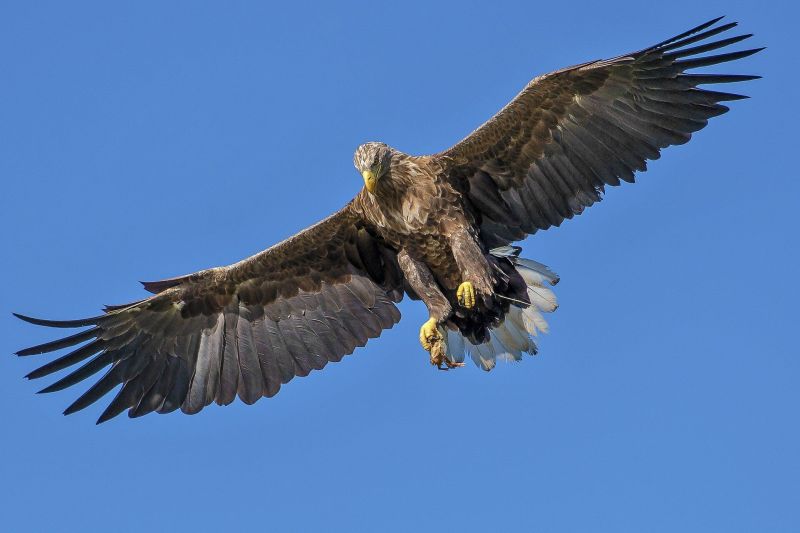 A team of researchers found evidence that birds with white feathers on their bodies and black tips have elevated lift.

People studied birds and other flying creatures from time immemorial to find out how these animals manage to stay in the air. In a new study, scientists wondered whether the color of a bird’s wings affected its flight performance.

To find out, the authors collected several stuffed animals with various feathers and brought them to the laboratory for research. The experiments consisted in the fact that the experts placed the stuffed wings in the wind tunnel, heated them with infrared rays, and then watched what was going on.

Most of all they were interested in soaring birds, such as black gulls, booby and osprey. Scientists tested samples of each species in different flight conditions to see if the wing color affected flight efficiency. It is noteworthy that soaring birds from time to time can gain height, even without flapping their wings due to undercurrents.

It turned out that the dark feathers became hotter than the light ones, and heated up from IR radiation faster. But the birds showed the greatest flight efficiency with light feathers near the body and dark ones at the end of the wing. Between the two parts of this wing, scientists were able to fix the temperature difference up to nine degrees Celsius. This is enough to create a convection flow of air that can give the bird extra lift.

Further research scientists will focus on testing different colors of feathering and studying their effects on the aerodynamic characteristics of animals. The results of the work can be used in aircraft to create more efficient and cost-effective aircraft.