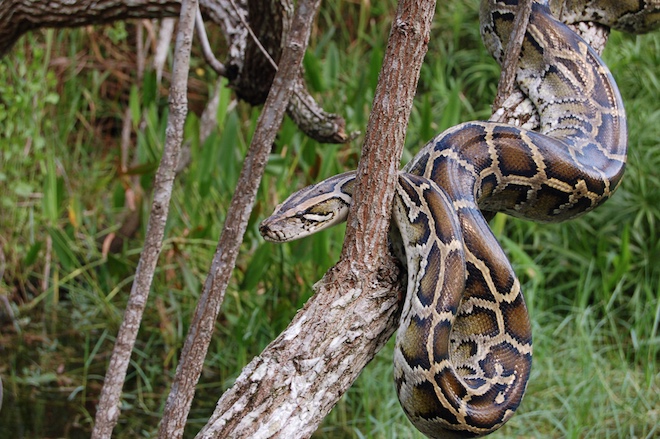 Despite the fact that the climate of Florida is significantly different from the climate of Southeast Asia, the natural habitat of dark tiger pythons, they are not just well-established in this state, but also spread uncontrollably. Todd Castow, professor of biology at the University of Texas at Arlington and head of Castoe Lab, decided to approach the study of this problem from a genome perspective.

First, the researchers decided to study whether the pythons could adapt to the cold that covered Florida in 2010. They collected data from dozens of individuals before and after the cold weather. After scanning individual regions of the dark tiger python genome, they identified parts that differed significantly between the two time points, that is, they found evidence of the evolution of the species. In 2010, in Florida, between 40 and 90% of these reptiles were killed. Daren Card from Castoe lab says: “We have seen evidence of adaptation, such as cell division, organ growth, etc.”

The results of this study also demonstrated how rapidly evolutionary changes can take place today and what effect this can have on various ecosystems.