DARPA has developed a wheel-transformer 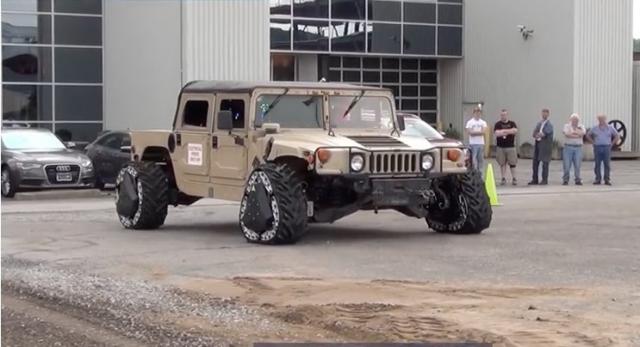 The Agency for Advanced Military Developments DARPA has presented a number of projects for armored vehicles. Among them, a wheel-transformer and suspension, allowing the car to go strictly horizontally, even on uneven surfaces.

The wheel-transformer was developed by specialists of the University of Carnegie – Mellon. During the demonstration, it was installed on the car HMMWV. The wheel can become triangular in the course of travel, thus becoming a caterpillar.

The process of transformation takes only a couple of seconds. On the DARPA video, a technology called RWT is shown starting at 2:21. A car equipped with such wheels will be able to move at a high speed both along the usual road and off-road.