DARPA showed the most awkward robots 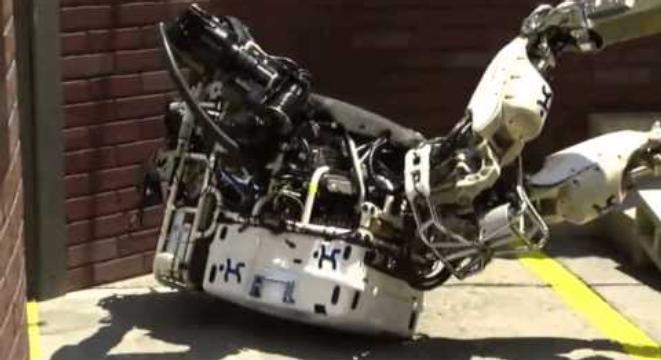 Last Thursday, before the start of the official competition, DARPA allowed the teams of participants to conduct a dress rehearsal, allowing them to test the robots on the new track. During all the previous rehearsals, most of the cars behaved very competently, but, apparently, before the start of public appearances, complex mechanisms perenervnichali and fell into hysterics. The result was a lot of amusing falls, which eventually turned into one hilarious video:

Impressive is that even after such crashes most of the robots remained in perfect order. After people brought them back to their original position and rebooted, the cars showed themselves surprisingly well. Of course, there were some curiosities: IHMC’s team robot managed to fall on its side twice, but still got 7 out of 8 points for technicality. The robot MIT, on which high hopes were placed, got off the track due to engine problems, although it took most of the way.

The project manager, Gill Pratt, was surprised at how much the spectators sympathized with the robots during the tests. “I think the whole thing is that the bots were anthropomorphic. It’s unlikely that you will experience sharp emotions because of the failures of aluminum piles and wires stuffed with software, but it’s worth giving them human traits – and everyone will feel disappointed and even bitter that another robot has come off the line, “he says.