Darwin’s hypothesis turned out to be untenable 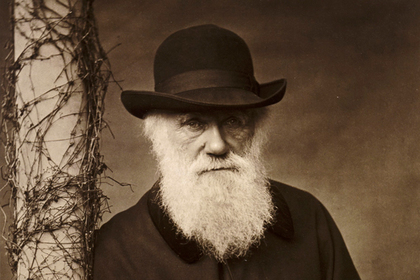 Scientists at the University of Colorado at Boulder have shown that Darwin’s ecological hypothesis, that the distribution of species depends to varying degrees on environmental factors and the influence of other organisms, does not take into account the early unknown ecological mechanism. It turned out that under stressful conditions, organisms begin to experience less of the consequences of competition with other species.

According to Darwin, under adverse environmental conditions – in deserts, permafrost zones and solonchaks – temperature and other climatic factors play a leading role in limiting the growth and reproduction of plants and animals. However, when these factors are close to their optimum, the interrelations between the organisms themselves come to the fore. Darwin believed that, in the case of plants, this is due to the increased diversity of species and the density of their growth.

The researchers studied the dynamics of the Hibiscus meyeri hibiscus population in three field sites located in central Kenya (Africa), with varying humidity for four years. According to Darwin’s predictions, pollination by insects, eating herbivores and competition with other herbs and shrubs played an important role in determining the boundaries of the range of hibiscus in wet areas. However, in dry areas, the same factors have a lesser effect on the spread of the plant.

According to scientists, the density of plant growth and the variety of species are simply not important for the distribution of hibiscus growing under adverse climatic conditions. These factors can remain at the same level in different areas, but low humidity comes to the fore, limiting growth, survival and reproduction.

In the modern theory of evolution, taking into account the data of genetics and embryology, Darwin’s ideas about the leading role of the struggle for survival and natural selection have been rethought, although they remain at its basis. Thus, in 1960, a neutral theory of evolution was developed, according to which natural selection does not occur in small populations, and new signs arise as a result of random mutations that are not useful.