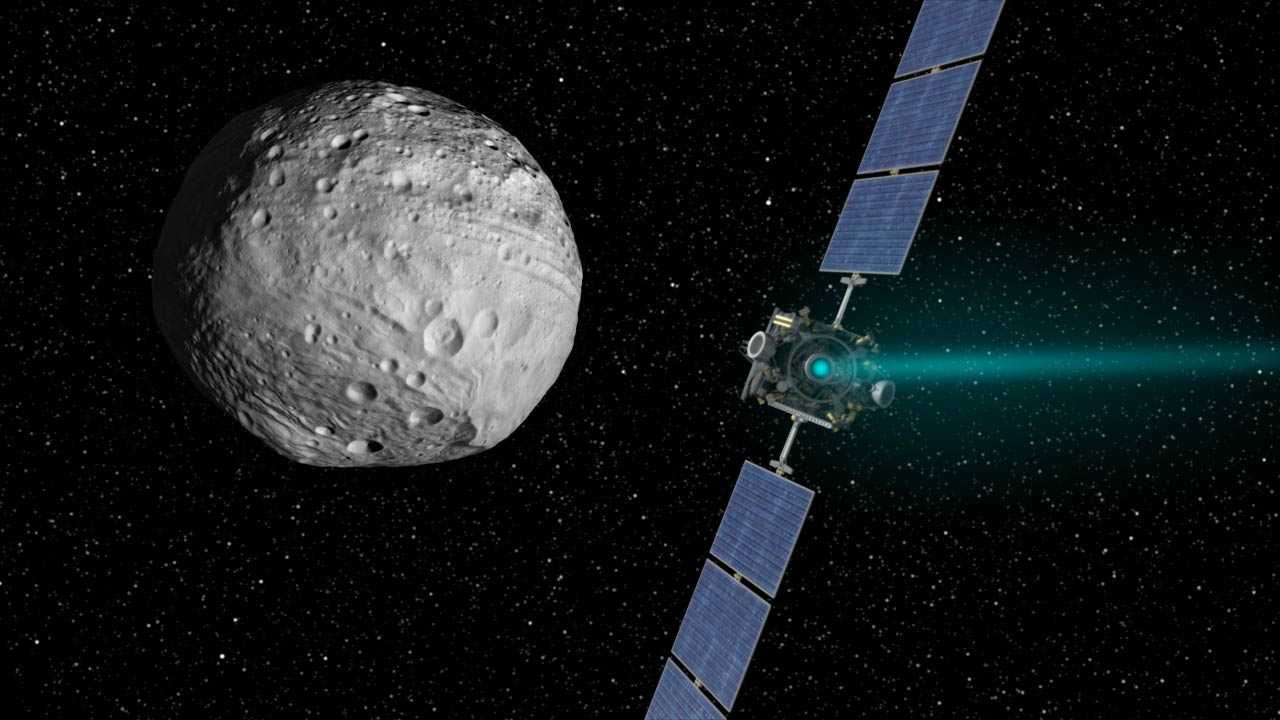 On the surface of Ceres, a dwarf planet in the asteroid belt, it was possible to notice seasonal changes – and baking soda.

According to existing estimates, Ceres contains almost a third of the entire mass of the belt of asteroids. This is the dwarf planet closest to the Sun and the only one in the interior regions of the Solar System, its diameter reaches almost 1000 km. Of course, there is no noticeable atmosphere or liquid water here. But the thick 40-kilometer core of Ceres is rich in water ice and minerals, and on its surface there is something like its own “weather” and a year-long change of seasons.

Observing such phenomena at Ceres was possible thanks to the Dawn probe, which since 2015 remains in the orbit of a dwarf planet. These results are written by an astrophysicist from the team of the Italian professor Francesca Zambon and their colleagues from California under the leadership of Christopher Russell. At once two articles of scientists are published in a recent issue of the journal Science Advances; they understand the observations on the seasonal circulation of water and carbonates on a dwarf planet.

Before the observations of the VIR spectrometer operating on the Dawn in the optical and infrared range, it was possible to detect deposits of water ice on the Ceres surface. The new data opened up their tracks on the slope of the 20-kilometer crater, Julin. Moreover, during the six months – from April to October 2016 – the amount of ice increased. It is assumed that seasonal warming caused evaporation (sublimation) of subsurface ice, part of which condensed on the extremely cold wall of the crater. However, perhaps just a collapse of a part of the wall, revealing ice deposits.

The second article of the scientists tells about the observations of the seasonal changes of the Ceres surface as a whole on the basis of the changes in carbonate deposits, which are very common here. The authors identified several sites, especially those rich in sodium carbonates, including the Okator and Oxo craters, as well as the Akhuna mountain, the highest on the dwarf planet. Then the scientists followed the Dawn pictures of their seasonal dynamics. 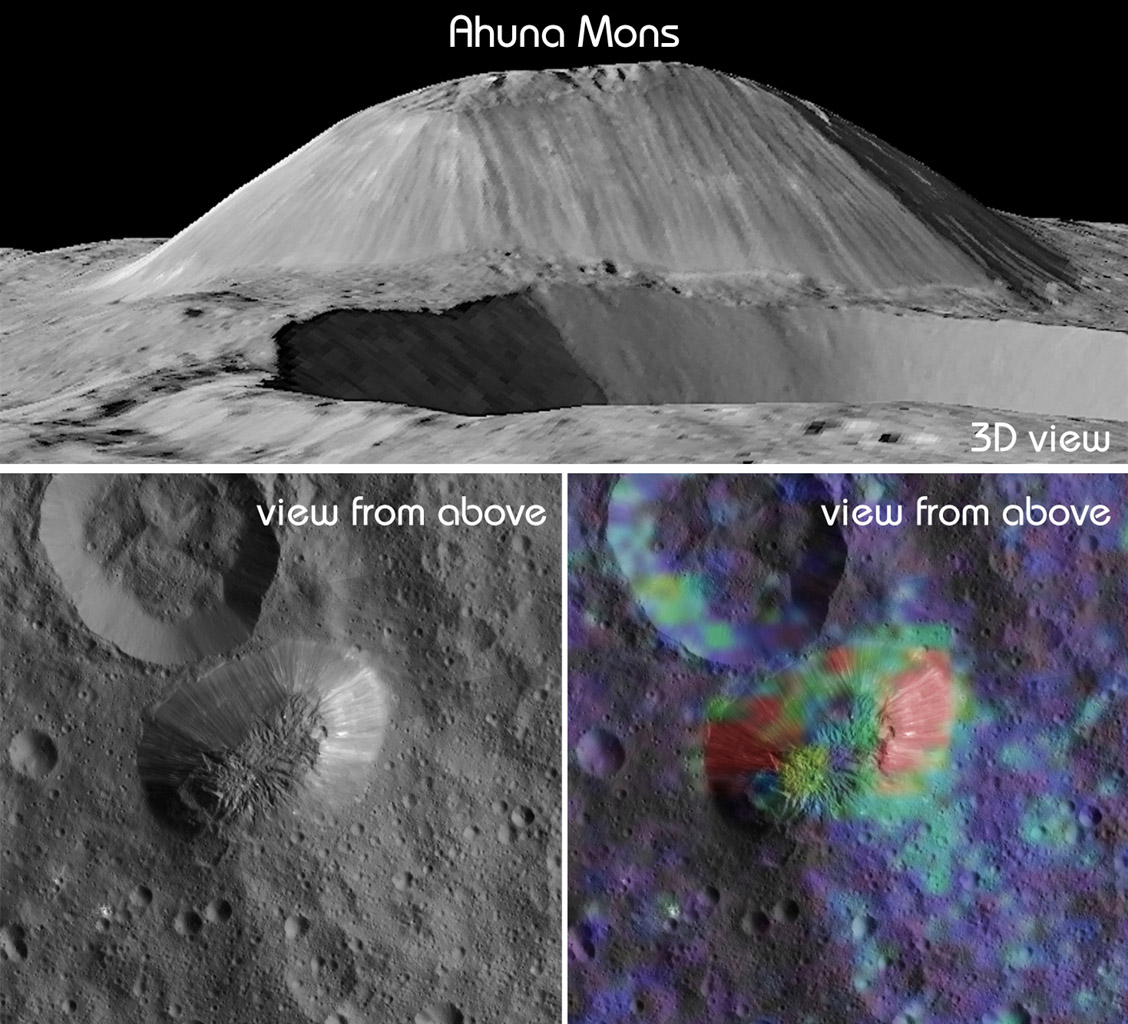 First of all, it was found that part of the carbonate exists on Ceres in a hydrated form – like ordinary baking soda – sodium bicarbonate is first seen outside the Earth. At the same time, the saturation of these minerals with water is unstable: as local ice evaporates from the surface, and hydrocarbons for several million years must lose their moisture and “dry up”. But since they are abundant on the surface, certain geological processes must constantly bring to it new amounts of soda from deeper layers.

This, in turn, forces scientists to talk about the heterogeneous, complex structure and composition of the Ceres bark that can still retain certain activity. Creation of such a bark could be cryovolcanic processes (Mount Ahuna – just one of these cryovolcanoes, although not in effect for a long time), or the uneven freezing of the liquid ocean, which once covered the dwarf planet.