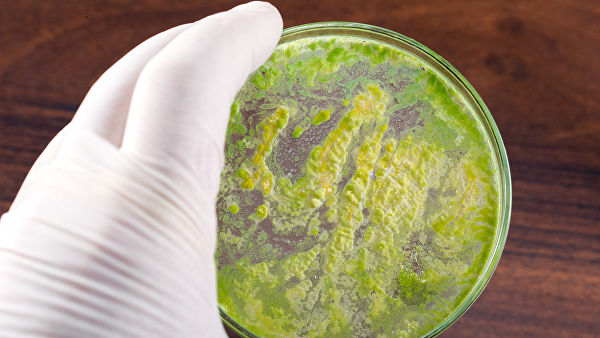 Biologists have found enterococcus, invulnerable to the action of all the “last resort” antibiotics, in the wastewater of two dozen treatment facilities in the UK. A description of the bacteria and possible ways to combat this threat were presented in the journal Genome Research.

In recent years, the problem of the emergence of so-called “superbugs” – microbes resistant to the action of one or several antibiotics – has become increasingly wider and more acute for physicians.

Among them are both rare pathogens, and very common and dangerous pathogens, such as Staphylococcus aureus (Staphilococcus aureus) or pneumococcus (Klebsiella pneumoniae). There is a real danger that all antibiotics will lose their effectiveness and medicine will return to the “dark ages.”

The main “incubators” of such microbes, as scientists believe today, are hospitals and livestock farms. Both on farms and in hospitals there are large numbers of potential carriers of the infection, bacteria themselves and antibiotics, forcing them to evolve and not allowing “ordinary” strains to force out less fertile super-microbes.

Sharon Peacock of the University of Cambridge (United Kingdom) and her colleagues found a much more dangerous and large “super incubator” incubator by studying water samples collected at two dozen water treatment plants built in different cities in Britain.

Their settlers, as scientists have suggested, should not be inferior to hospitals and farms in the ability to “deduce” new strains of microbes that are resistant to antibiotics, since all the same “ingredients” fall here, and in much larger quantities, as well as all possible nutrients necessary for the growth of bacteria.

The biologists’ suspicions were justified – they managed to find “superbugs” not only in the wastewater, but also in the already purified liquid in 17 of the 20 installations that they were able to study. On the other three, microbes were missing from treated sewage due to the fact that their owners used UV lamps for disinfection.

In all these samples, as the scientists note, several strains of Enterococcus (Enterococcus faecium), invulnerable to the action of vancomycin, the popular “antibiotic of last resort”, as well as ampicillin and other yet effective drugs were present.

When scientists deciphered their genomes, they found that these microbes use the same genes to protect against the effects of antibiotics and various antibacterial drugs that other Enterococcus faecium strains found in the blood of patients and in hospital sewers have been found. As Peacock and her colleagues suggest, this suggests a direct relationship between them.

The discovery of dangerous varieties of this microbe in almost all wastewater treatment plants in British cities, according to researchers, suggests that physicians are now underestimating the danger of “supermicrobes” and the speed with which they can spread around the environment and survive in it.

How to deal with them? The absence of enterococcus in purified water at three stations using ultraviolet lamps indicates that as long as they remain the most effective means to combat supermicrobes. Scientists propose to install such devices at all wastewater treatment plants in Britain to curb the further spread of infection.