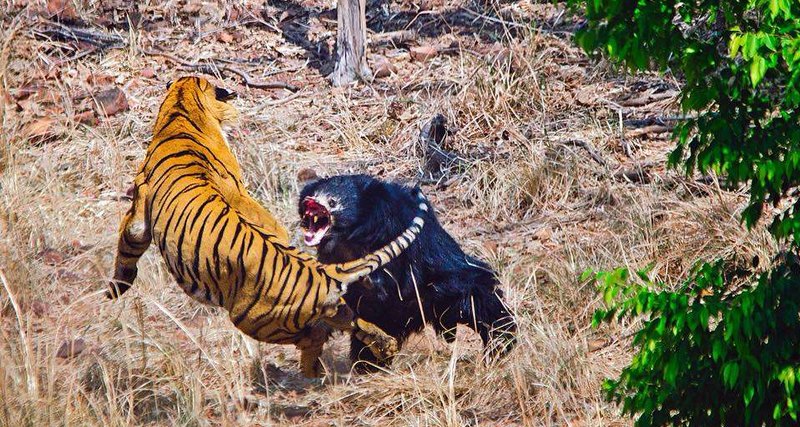 If our readers probably know quite a lot about tigers, then it’s worth mentioning more about a bear-gubach. This, strictly speaking, is not quite a bear – it has enough differences from related animals in order to isolate it into a separate genus consisting of a single species: Melursus ursinus.

This is a relatively small beast – adults weigh about a hundred kilograms. It lives in the tropical forests of India and several adjacent countries. Ants and termites form the basis of its diet, which is not typical for a bear. However, the bear does not disdain any small living creatures, as well as vegetable food. Loves honey.

The most noticeable difference in appearance of a gubach from real bears is its muzzle: naked, very mobile, with large lips and nostrils, which can be closed like in marine mammals. These features appeared in the animal when adapting to the food by colonial insects.

Gubach adult has practically no enemies. Only a large tiger can attack it, and the success of the attack is not guaranteed.