Decrypted text about a luxurious “party” before the death of Pompeii 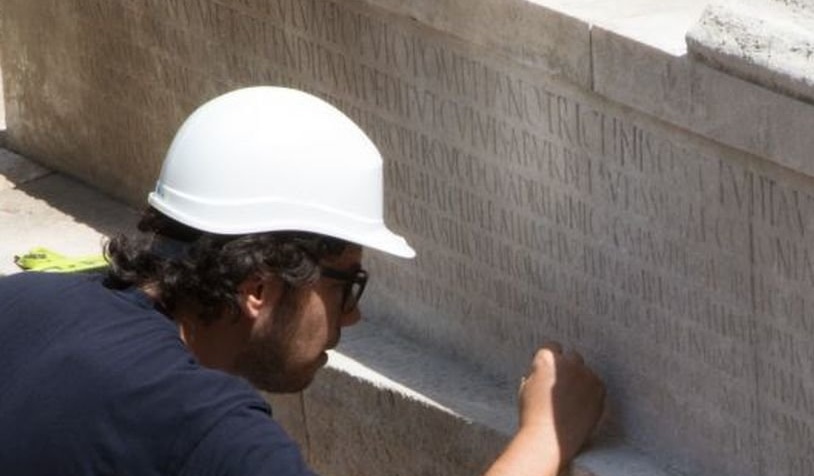 Scientists deciphered the inscription found on the wall in the lost city of Pompeii, and found that life there was full of political struggle, spectacles and disasters.

The discovery, made by researchers led by Massimo Hosanna, general director of the Archaeological Park of Pompeii, was told by the journal Journal of Roman Archeology, which is published once a year. Briefly about it reports Live Science.

The famous city of Pompeii was buried under the ashes during the catastrophic eruption of Mount Vesuvius in 79 AD. The inscription also describes the daily life of citizens.

She was extremely saturated. For example, the text describes a mass reception in honor of adulthood, which reached a rich young man. The inscription says that when he became old enough to wear toga virilis (a toga worn by adult male citizens), he threw a massive “party.”

It included a banquet for 6840 people and a spectacle, in which 416 gladiators fought for several days. The banquet was laid “on 456 trihedral boxes so that on each bed lay 15 people.”

The gladiatorial “show”, as the text implies, was “so grand and magnificent that it could be compared to any of the noblest colonies founded by Rome, since 416 gladiators participated in it.”

A spectacle of this magnitude would take several days, if not a week, writes Hosanna. It is easy to calculate that if every gladiator fought one on one, then at least 213 separate fights would have to be held as part of this “show”.

However, the inscription talks about more difficult times. So, it refers to the famine, which lasted four years, and the efforts of a wealthy man who distributed free bread to starving people. By the way, a similar plot is available on the mosaic previously found during excavations in Pompeii.

The text also tells that 20 years before the eruption of Vesuvius, in 59 AD e., during the gladiatorial fighting rebellion broke out. The ancient Roman historian Tacitus also mentioned him. The inscription says that in punishment for the rebellion, Emperor Nero “ordered the Roman authorities to expel all the gladiator schools from the city” and deport several participants in the riots.

But still the same rich man convinced the emperor to allow some of the deported citizens to return to Pompeii.