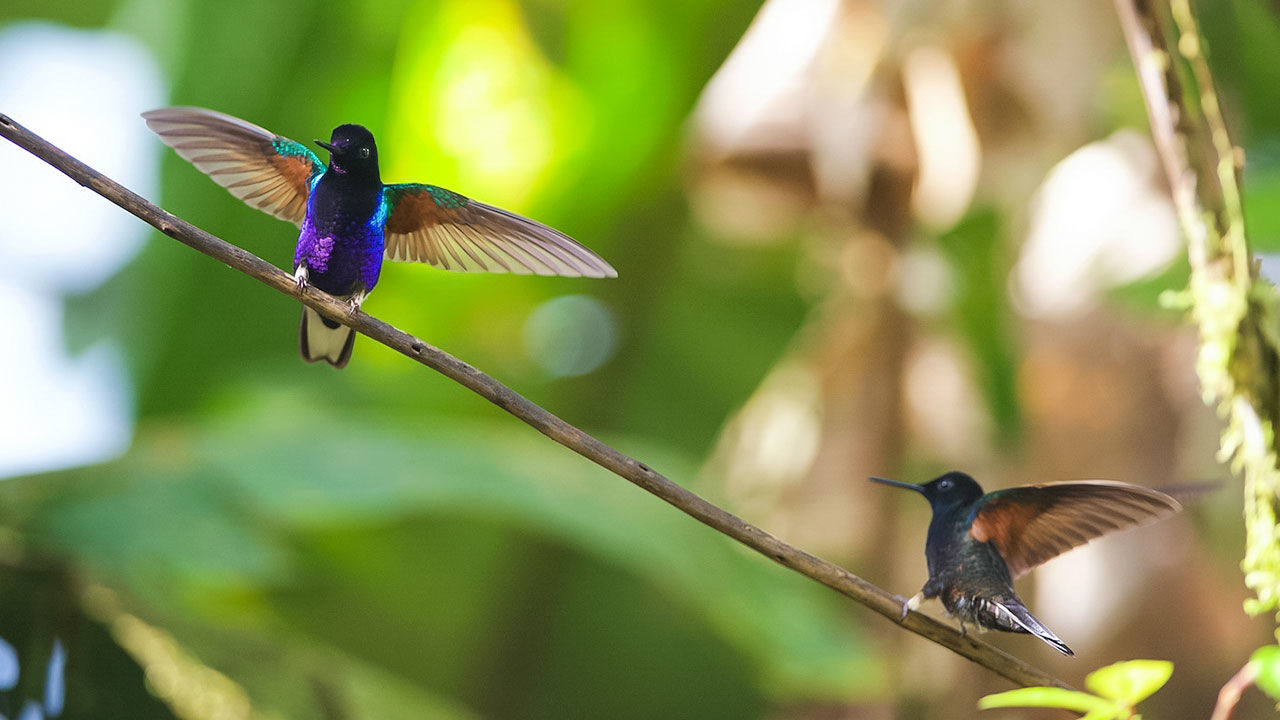 The International Union of Conservation (IUC) — the largest international organization which is engaged in a protection of endangered species and holding huge authority. However the new research conducted by ornithologists convicted her of negligence: because for tracking the wild nature of MSOP doesn’t use the modern technologies and it is still necessary on old cards, she loses sight of the actual level of threat to world fauna.

The database of the types, most known in pattern, which are under the threat of disappearance it is serious — sometimes even very seriously — underestimates risks of real extinction of animals. Researchers in the new operation which showed that without opportunities of implementation of the latest technologies (in particular satellite shooting and it is even banal aerial photo shoots) the International Union of Conservation (IUC) can’t give an authentic assessment of a status of these or those species came to such conclusion. In their opinion, as a result many details escape from a field of vision of the international organization, hundreds of animal species appeared under the threat.

The steward Butchart, the head of scientific department of BirdLife International in Cambridge, England — the organization which is engaged in tracing of the birds entering the MSOP lists. He claims that authors of a research are mistaken and incorrectly reclassify the majority of animals as “endangered species”. Let’s remind that the MSOP red list created in 1964 has several gradation of a status of a look, from the least critical “causing the smallest fear” to “being on the verge of total disappearance”, “at all “disappeared” which disappeared in the wild nature”. The database is based on tens of thousands of researches of professional zoologists and naturalists. According to Stewart Pimm, one of authors of the research and the biologist studying endangered species in Duke University in Durham, the USA, this list is in many respects irrelevant now. It leans on the old cards which aren’t including satellite photos and aerial photography which allow to calculate better human activities and level of its infringement of the wild nature. As a result, by its assessment, in the register of MSOP there are no such exact geographical features as, for example, spotty deforestation of terrain or change of level of heights of a relief that for many living beings is a critical factor.

For a research Pimm, along with the leading author of a research Natalya Ocampo-Penuela and her colleagues, studied 586 bird species (mostly team consists of ornithologists) entered now in the MSOP red list and living in six regions rich with feathery fauna worldwide including in the west of Colombia, in Southeast Asia and Brazil. From nearly six hundred types 108 are designated as being under the threat of disappearance. But when Pimm and colleagues completed the research, having counted how many really suitable habitat remained for birds, they were forced to enter in the list of endangered species of 210 (!) more kinds of animals. For example, the serokryly representative the kotingovykh, living in the range approximately in 3300 square kilometers in woody mountains to the northeast of Rio de Janeiro, Brazil, meets only at the height from 1200 to 1800 meters. And so, by results of a research only 100 (!) from 3300 square kilometers really conformed to the requirements necessary for dwelling of birds. Certainly, this fact instantly moved tiny sparrows to category “critical threat of extinction”.

Though their research concerns only birds, ornithologists are sure that all animals, regardless of the habitat shall undergo to similar check. Many scientists are solidary with it: for example, the ecologist Walter Dzhets from Yale University writes that encouragement of MSOP to diversify an arsenal of tracking instead of relying on old cards, very laudable case. In turn Brutchat as the representative of the organization, sponsored MSOP, argues the point of view according to which it is necessary to recognize all research dummy. But we understand that in this case it is not so much about ecology, how many about especially legal and economic aspects of work of some international organizations.