Deformed ancient skull discovered in a mysterious city in Iran 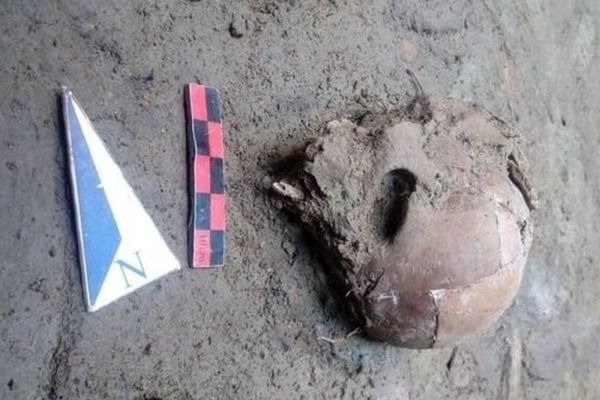 Iranian archaeologists, while excavating a prehistoric mountain site in the city of Isfahan, discovered a strangely deformed skull of an ancient man.

According to the Tehran Times, the surprising find was made in the central part of the country. Archaeologists have discovered a skull that clearly belonged to an ancient man. However, he did not have a lower jaw, and the upper one has a very bizarre shape. Researchers suggest that the skull belonged to a disabled person who lived in the Parthian era.

“At a distance of one meter from another skeleton, we came across a skull without a lower jaw, divided in half,” said the head of the excavation Alireza Jafari-Zand. “The half of the skull we found turned out to be very strange because it has physical defects. We assume that the skull is could have belonged to a person with disabilities. And we still don’t know if it belonged to a woman or a man. ”

This skull has joined the collection of mysterious finds made in this place. Scientists say that in the pre-Islamic period the city of Tepe Ashraf was located here. It was part of the Parthian Empire (247 BC – 224 AD), also known as the Arshakid Empire. It was a very large and powerful state.

A little earlier, during excavations in Tepe Ashraf, archaeologists discovered an ancient burial with the remains of a horse and, not far from it, a giant jug tomb.

By the way, earlier a similar tomb in the province of Isfahan was discovered only in the town of Tepe Sialk. Scientists hope that the new findings will provide valuable clues to the mysterious history of pre-Islamic Isfahan.

Excavations at Tepe Ashraf started back in 2010. Interestingly, archaeologists initially looked for traces of a later civilization here. They managed to find the ruins of a fortress that was used during the Buyid dynasty (945-1055).

However, subsequent research showed that the place flourished during the Parthian Empire. During its heyday, her possessions stretched from the northern reaches of the Euphrates, in the territory of modern central-eastern Turkey, to eastern Iran.