Demonstrated the relationship between Arctic and Antarctic glaciers 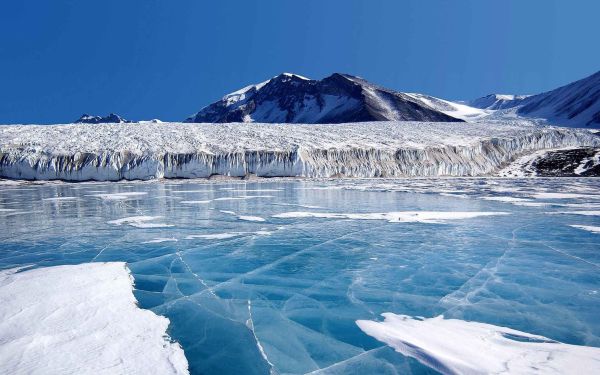 For tens of thousands of years, the ice caps at the North and South Poles of our planet have been growing and contracting in a coordinated manner, influencing each other through changes in sea level.

Despite the fact that the North and South poles of our planet are separated by a distance of 20 thousand kilometers, they are connected with each other more closely than it might seem. Increasing during ice ages, the polar cap of the Arctic makes the ice around Antarctica grow – and vice versa: the reduction of the northern glaciers is responding to the decrease in the southern ones. This “coordinated” dynamics is demonstrated in a new paper published in the journal Nature.

A team of scientists led by Natalya Gomez from McGill University in Canada has managed to track changes in the polar caps over the past 40 thousand years, including during the peak of the last ice age, 20-26 thousand years ago. To do this, they analyzed sedimentary rock samples, ice cores, archival information and other data. This allowed creating a computer model and showing how Arctic glaciers affect Antarctic ones.

During the cooling of the climate, the northern polar cap increased, accumulating ever greater masses of water. This led to a drop in the level of the World Ocean, which was also reflected on the opposite side of the planet, causing additional icing in the Antarctic. Conversely, shrinking northern ice during warming periods leads to rising sea levels and shrinking Antarctic glaciers, which are washed by larger bodies of water and higher waves.

“We have found a very unstable loss of glaciers over the past 20,000 years,” says one of the authors of the work, Michael Weber of Germany. “It would be extremely difficult to explain without taking into account the interaction of ice sheets in both hemispheres.” “Ice sheets can influence each other over a long distance due to the flow of water between them,” adds Gomez. “It’s like they’re talking through sea level changes.”