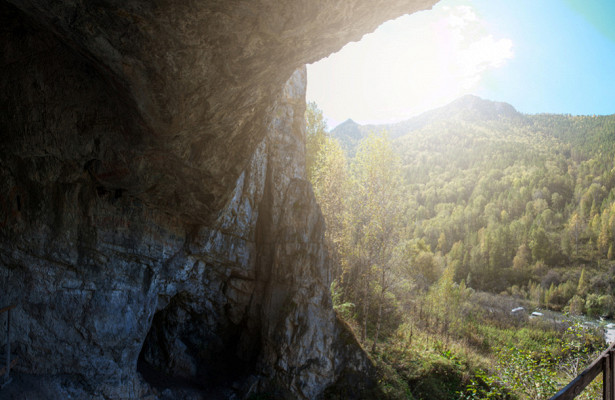 While this kind of people, open in the Altai, is known very little, so any new information is important for understanding their way of life.

Scientists from the Institute of Archeology and Ethnography of the Siberian Branch of the Russian Academy of Sciences and Novosibirsk State University, together with their Australian counterparts, studied stone tools from the Denisova Cave. Using the method of Raman spectroscopy, they managed to establish that basically Denisov people used tools for cutting animals and processing hides. Traces of vegetation on them are found much less often, which indicates the deviation of the diet of the Denisovites towards animal food. The corresponding article was published in the July issue of the Journal of Archaeological Science.

Denisovtsami called the kind of people who lived long on the planet at the same time as people of the modern type and Neanderthals. Judging by genetic data, approximately 5 percent of the genes of modern Mongoloids are the result of mixing the ancestors of modern people with the Denisians. It is interesting that the Denisovs owned very fine stone processing, including high-speed drilling technologies, to which our own kind came only in the Neolithic, tens of thousands of years after the Denisovites. Unambiguous traces of this species are known only by Denisova cave in the Altai (in the photo).

The authors of the new work attempted to perform a functional attribution of stone tools from the Denisova Cave, to clarify for the treatment of which plants and animals they were used for. For this, Raman spectroscopy was used for the first time in Russian paleolithology. In it a laser beam with a certain wavelength is passed through a sample of the substance to be tested, which, upon contact with the sample, is scattered. Depending on the size of the target molecules, the scattered light has a different wavelength (color). The obtained rays are collected by means of a lens in a beam and passed through a light filter separating weak (0.001 percent intensity) Raman rays from more intense (99.999 percent) Rayleigh rays. “Pure” Raman rays are amplified and sent to a detector that records the frequency of their oscillation.

For spectroscopy, 18 stone artifacts from various layers of antiquity were selected. On 8 of 18 studied artifacts, micro-residues of lipids were found, in this case – traces of animal fats. Plant tissues on the samples are fixed in very small quantities, as well as individual plant fibers and starch grains. As the researchers note, the presence of single and lubricated microparticles of saturated and unsaturated fatty acids in the absence of bone and plant microstock indicates that the tools from the Denisova cave were used to treat animal skins.

This indicates that the leading role in the economy of the Denisovists was played not by plant food, namely animal food, but also by the use of hides obtained on hunting. The question of their diet is quite important, because, as it turned out in the last decades, primitive people of our species, as well as Neanderthals, used for a long time and in appreciable quantities in food plants, including cereals. The same Neanderthals, apparently, even cooked porridge from wild barley.