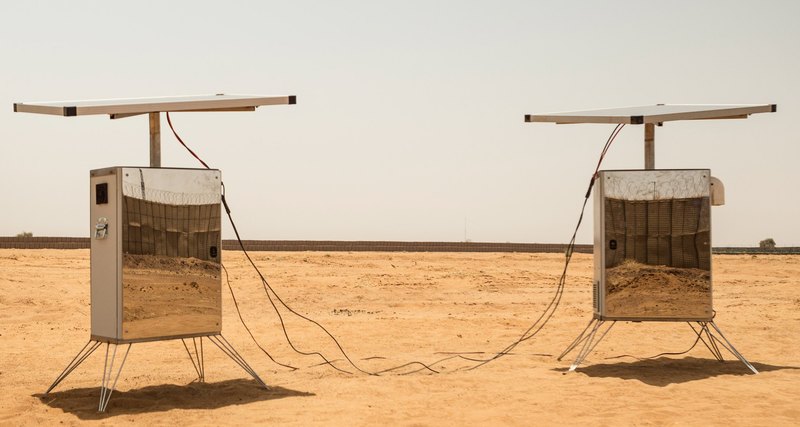 The Danish company SunGlacier makes Desert Twins devices that extract water from the dry and hot air of the desert.

The device consists of two modules: a generator and a refrigerator. In the module-generator – solar panels and battery. Electricity, he gives a little – 12 V, 50 W – about the same amount as one car headlight – but this is enough to power the second module. Electricity is spent on cooling the metal plate – the condenser. Water collected from a cold plate can be used to water plants and even drink, after cleaning.

The moisture of the air and the energy of the sun are free of charge, so you only have to pay for the device itself, the creators of the “twins” say. “In the desert areas, the air is quite wet; Rain there is not only because of the heat of the day, “- explains the creator of the company Ap Vereggen. 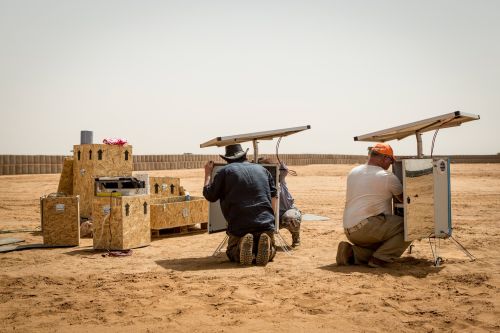 The tests in the Netherlands went smoothly, but when the team of developers “Gemini” came to Mali, had to finalize the design. The refrigerator overheated and went out of order, and the water evaporated from the surface of the plate, not having time to get into the collector. In overheating, the sun’s rays, reflected by the sand of the desert, were to blame; The problem was solved by wrapping the device with an additional layer of insulator. With evaporation, we coped by digging a pipe into which condensate enters, two meters under the ground: it’s not so hot, and it’s easier to cool the pipe. True, the sand quickly warmed up all over, and the advantages came to naught. Then engineers drilled the refrigerator and changed the configuration of the tubes with the cooled air. After that, the collector finally found water and even a little ice.

In the future plans of the SunGlacier team – to make the device more reliable, add a filtration system of water and enrich it with salts. The design, originally inspired by the landing lunar modules, will remain unchanged. 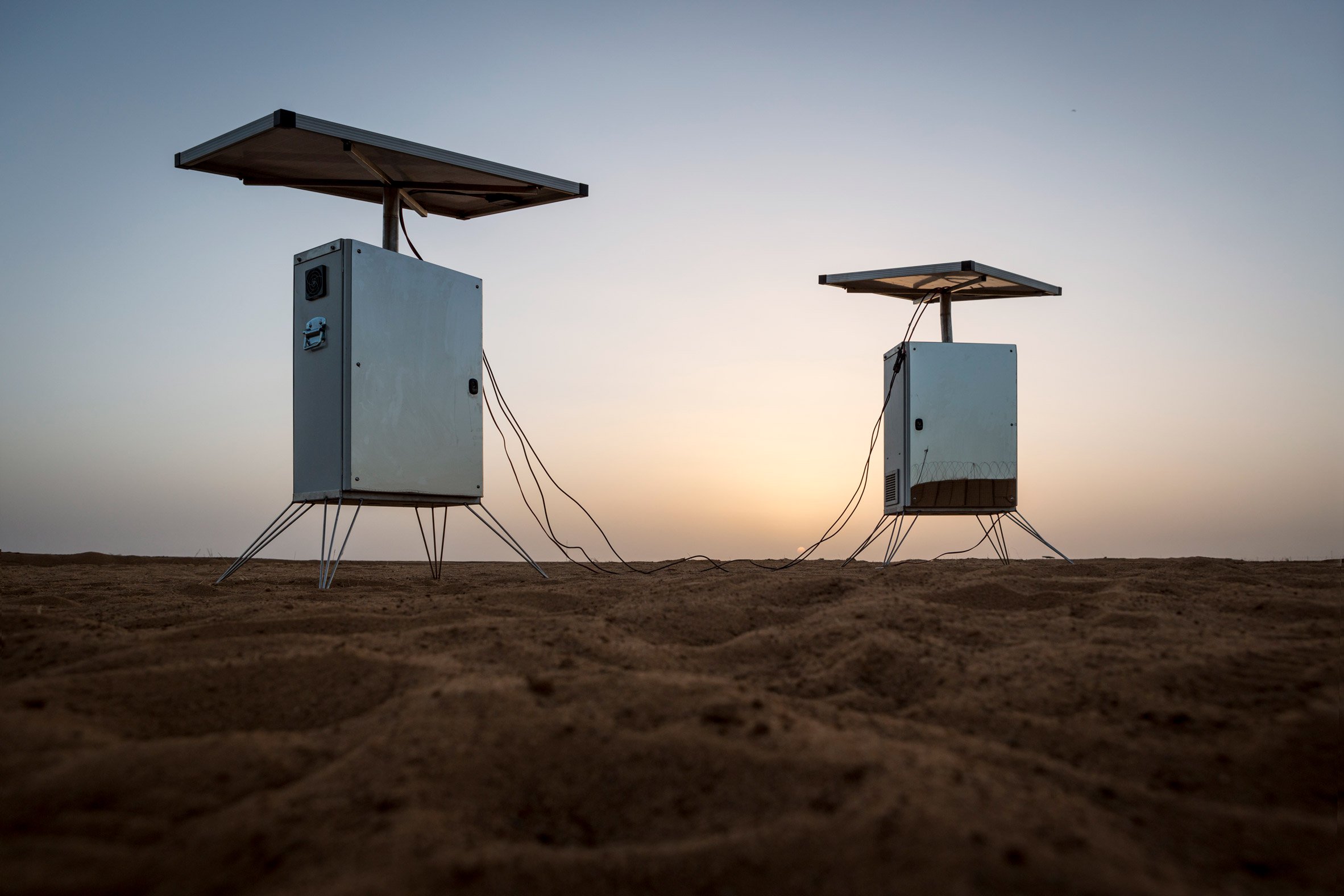