Destination of ancient spheres found in Israel is established 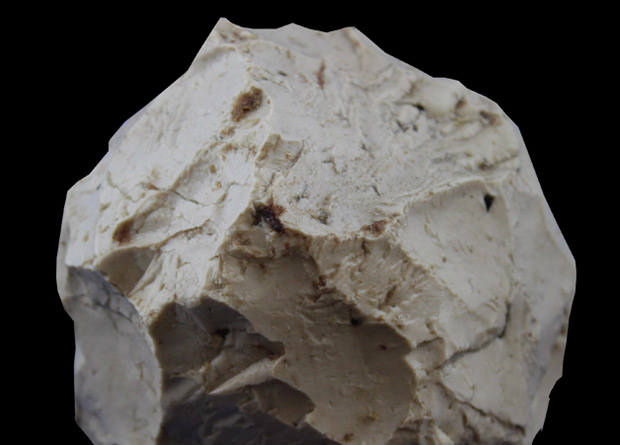 Researchers at the Kesem paleolithic cave in Israel found that the spherical stone tools discovered there were used to crush animal bones and harvest bone marrow. The article was published in the journal PLOS One.

Archaeologists have found many stone balls in the contexts of the Olduvai and Acheulean cultures in East Africa and the Middle East. The most ancient people began to make them about 2.4 million years ago, picking up stones of a suitable shape and bringing it to a spherical shape using chips. At different times, scientists assumed that these were throwing shells, tools for softening food, or even waste from the manufacture of other tools.

The Paleolithic site in Kesem Cave (the current Central District of Israel) dates from 200–420 thousand years ago. At that time, the Yabrud culture existed in the region, which was characterized by more advanced tools. The Kesemites are the last of the ancient people known to us who used balls.

Archaeologist Ella Assaf of Tel Aviv University and her colleagues selected ten balls found in Quesem and examined them with a stereo microscope and a metallographic microscope at the Laboratory of Nutrition and Ancient Technologies of the University of Rome Sapienza. Analysis of the wear of the balls showed that they were used as an impact tool. Some of them, judging by the deposits on the surface of the stone, were not made on the spot – the Kesemians brought them to the cave from some other places and continued to use them.

In addition, microscopic organic debris was found on the implements, including stubborn fat and bone fragments. Many animal bones were found in the cave. In 2015, an analysis of the tartar of the Kesemans also confirmed that meat was the basis of their diet. Assaf’s group suggested that balls were used to break bones and harvest bone marrow.

To test their assumption, they made several of their own limestone balls using the same technology as the Kesemans, and tried to use them to extract bone marrow from beef and mutton bones, which had previously been removed with stone scrapers. For comparison, they did the same operation using raw stone. It turned out that stone balls for this purpose are much more effective: they are more convenient to hold, and sharp chips break the bone faster, so that the brain does not spatter.

Previously, scientists were convinced that the oldest Olduvays created stone tools for specific tasks, and also that they continued to use obsolete tools even after the appearance of more advanced ones.