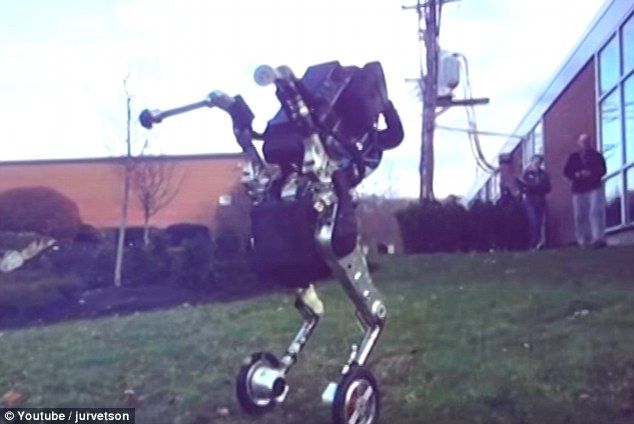 Owned by Google company Boston Dynamics has created a robot on two wheels that can do the job of a porter. The video was published by one of the guests invited to the presentation of the news. The company itself has not formally demonstrated a new. It is reported that the robot has received the name Handle.

The robot is able to balance on two wheels can “squat” and get up. Moreover, it is able to jump over small obstacles.

The robot has two arms, legs end in two small wheels. The ravines Handle can not move, but is able to ride on the grass. It is reported, the robot can carry heavy loads, but how much weight he lifts, is still unknown.