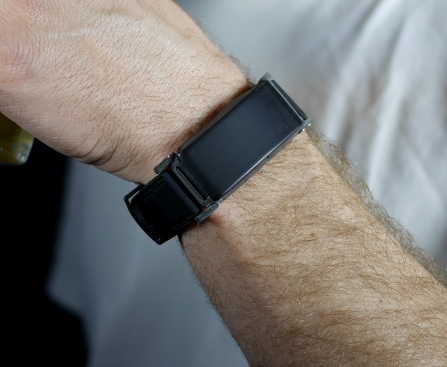 Currently, for measuring the amount of alcohol consumed is widely used breathalyzer with a straw. However, the company has developed a BACTrack device in the form of a bracelet, which performs the same function.

BACTrack Skyn was declared the winner of the contest, organized by the National institutes of health, USA. The company received a prize of 200 thousand dollars.

After drinking the beverage after about 45 minutes a certain amount of alcohol excreted through the skin. And it locks the device.

BACTrack Skyn will not replace the traditional breathalyzer, but it allows you to estimate how much the man drank for a certain period of time. The information is transmitted from the bracelet to a smartphone or a smart watch via Bluetooth. BACTrack Skyn can be configured to alert the user that he drank too much, or to alert family members or friends.

The company intends to release the product to the market in Q4 2016. The cost of new items not yet known.