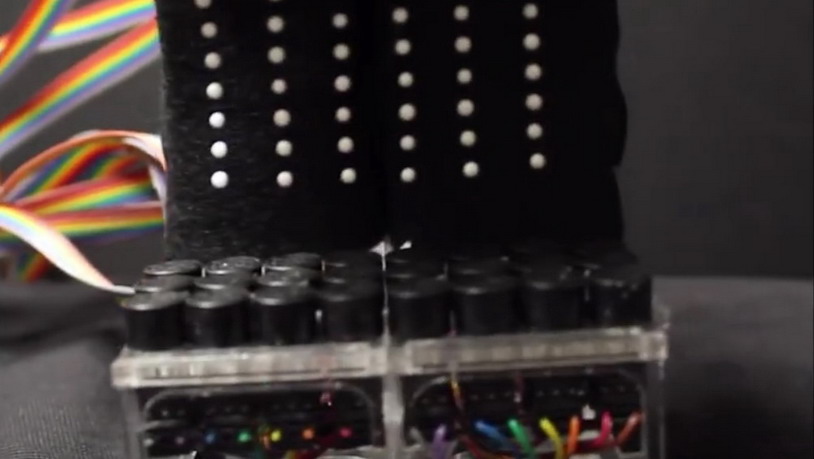 The number of pixels on the display has been the source of fierce wars in Internet forums since the advent of HDTV, high definition television. This explains the particular interest in experimental imaging technologies developed at the University of Sussex. It’s called JOLED and is characterized by the “huge” parameters of 6 × 7 voxels (volume element of the image) height and width, respectively, Wait, there’s more! Each voxel is a smaller multi-colored sphere, and they are suspended in the air by using a grid of ultrasonic acoustic systems that “produce sound waves of high intensity, is beyond human hearing but strong enough to hold the scope in place,” reported the scientists.

Thus, we found out how JANUS objects are held in place, however, quite another thing is to get them to rotate and show different colors at different times. In all likelihood, such a possibility is provided by the fact that the balls are coated with titanium dioxide, which is also used for air purification. Being exposed to the electric field, the titanium oxide causes the balls to rotate.

“JOLED you can imagine how the floating display with electronic ink, which also can change its shape,” says researcher Deepak sahoo, in a brief press release.

However, we should not expect such a display in the near future will appear on our tables. The University suggests that, as with many Disney projects Research, it could be use in a commercial or tourist area. For example, to demonstrate changes in the structure of the carbon footprints, or changes in foreign currency exchange rates. Thus, it is not necessary to count on the fact that you can watch your favorite movie using this technology.

“We also intend to explore ways of applying such display to deliver media to users on demand,” says Sriram Subramanian from the University of Sussex. “Ekrath appears before the eyes of the user to show him the contents of the ordered media source, and at the end of the demonstration objects that make up the display, just fall on the ground.”

Scientists hope to increase the pixel density and display color (sounds familiar, doesn’t it?), and intend to present their results next week at the ACM Symposium User Interface Software and Technology in Japan.