Development of the embryo from the cell was shown on video 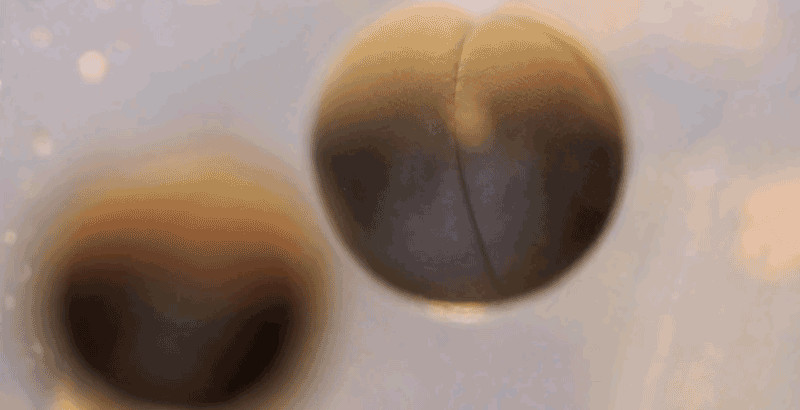 Edition Gizmodo presented a video, which shows one of the stages of the development of the germ of the herbal frog Rana temporaria. The camera took off the fertilized oocyte (oocyte) for a period of 33 hours and captured the process of crushing, during which the zygote is divided several times, forming a lot of smaller cells.

Crushing is the first stage of embryonic development, in which the volume of the embryo does not change. The resulting cells are called blastomeres.