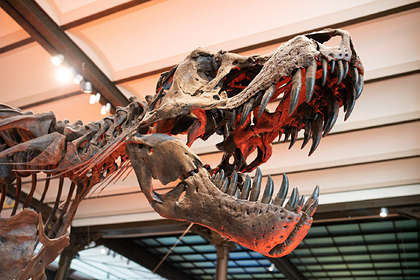 Paleontologists at the University of Bristol in the UK have used 3D simulations to accurately recreate the brain of Thecodontosaurus antiquus, a species of dinosaur that was the forerunner of the larger, long-necked sauropods, including the Diplodocus and Brontosaurus. This is reported in an article published in the Zoological Journal of the Linnean Society.

The large dog-sized Tecodontosaurus lived in the Late Triassic period about 205 million years ago. The researchers obtained tomographic images of the fossils to recreate an accurate anatomical model of the brain and inner ear from the cavities inside the skull. The resulting cast showed the presence of well-developed floccular lobes required for balance. This indicates that the thecodontosaurus was two-legged, and not four-legged like its distant descendants. He was also relatively agile and could move quickly.

The dinosaur was able to control the movement of the head and eyes well, which may be due to the fact that the dinosaur could hunt small animals. At the same time, the morphology of his teeth indicates a plant-based diet. This is because the thecodontosaurus was actually omnivorous, unlike herbivorous sauropods.

The inner ear gave the animal the ability to distinguish relatively high frequencies, allowing it to exchange signals with congeners and to recognize sounds from other animals.