Dinosaurs died from the cold snap 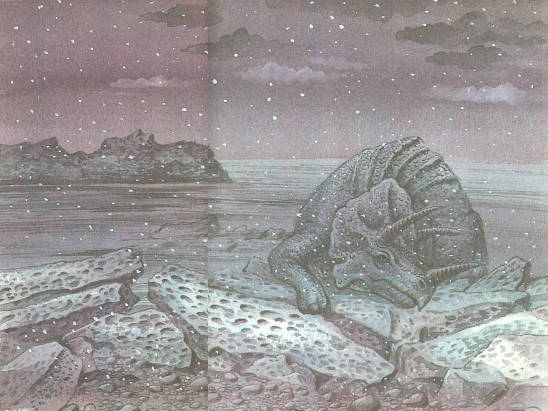 Dinosaurs died from sudden cooling caused by the accumulated in the upper atmosphere with sulfuric acid. The hypothesis that dinosaurs died from the cold put forward before. However, the main culprit was considered to be fallen to Earth asteroid, took to the air in the dust cloud that enveloped the planet. However, new computer simulation showed that it could be other factors.

It was noted that the entry into the atmosphere of an asteroid could cause the formation in the upper atmosphere drops of sulfuric acid. This led to the cold that many species did not survive.

“Prolonged cold snap, caused by sulphate aerosols, could have been much more significant factor to mass extinction than the dust that remains in the atmosphere for a relatively short time,” notes researcher Julie Brugger.

According to her, modern software has allowed scientists to simulate the climate model, which could be 66 million years ago. According to her, the sulfuric acid could be formed in the atmosphere due to volcanic activity, as well as because of the fumes rising above resulting from a collision with an asteroid crater.

According to the calculations Brugger and her colleagues, for several years, the average temperature dropped to 26°C, until frost came even at the equator and at the poles the temperature reached -60°C.

Also, perhaps due to the water cooling from the ocean surface are deeper, and warmer, and rose when the nutrients were on the surface, there was a massive bloom of algae, including toxic.