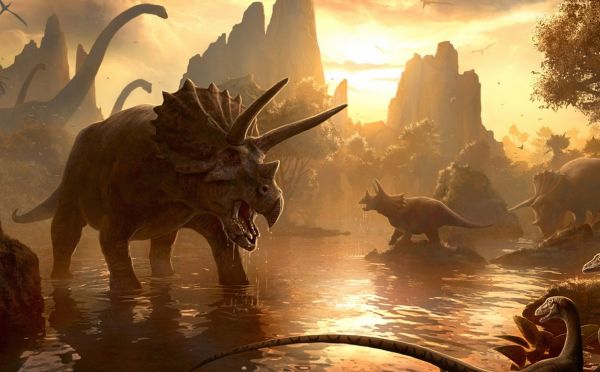 At least, this is evidenced by a new study by scientists from the UK. They believe that if the asteroid had not hit the Earth about 65 million years ago, then these lizards might have continued to dominate the planet.

The article was published in the journal Royal Society Open Science. The debate about the causes of mass extinctions continues: biologists traditionally consider the main factors primarily to be internal processes taking place in the ecosystem, geologists and climatologists – external causes. There are those who recognize the complex influence of both.

So, everyone knows that the fall of an asteroid could trigger the Cretaceous-Paleogene extinction, as a result of which the dinosaurs became extinct. However, for a long time in science, the point of view has been widely presented that it was not an asteroid that killed the lizards – it only accelerated the processes of the decline of this species of fauna that had begun before that. Some works also speak of this.

Scientists from the University of Bath (UK) conducted their research by studying the diversity of dinosaurs shortly before the asteroid hit 65 million years ago. For this, experts used statistical modeling, thus assessing the possibility of the appearance of new species of dinosaurs in those days.

Similar methods were used by other researchers, however, according to the authors of the new work, they did not include the latest data on the family trees of dinosaurs and a wider set of their types. Indeed, the main problem in assessing the diversity of dinosaurs lies precisely in the incompleteness of the fossil record: scientists know only a small fraction of those species that lived on Earth 65 million years ago.

Therefore, scientists from the University of Bath included in their modeling not only the latest data on dinosaurs, but also such a parameter as the rate of their speciation. As a result, experts did not find any decline among these animals at the end of the Cretaceous period.