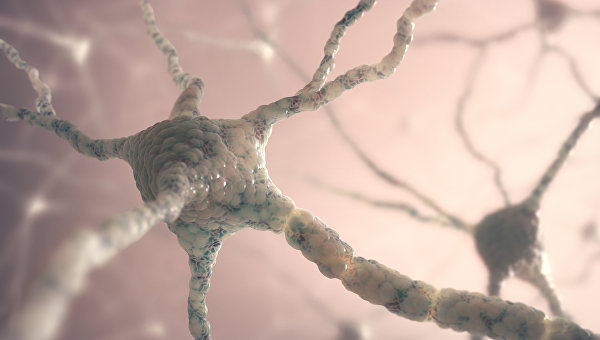 British biologists have found that the unusual micro-particles of magnetite which were detected in the brain of some people 20 years ago, occur in the tissues not in a natural way and parachuted in from car exhaust gases, penetrating into the brain via olfactory nerves.

In the early 90’s of the last century scientists have made interesting and at the same time disturbing discovery in the brain of people complained of headaches, they found nanoparticles of magnetite, a mineral with magnetic properties. The number was really huge – for every gram of brain tissue accounted for approximately 5-100 million of these particles.

The discovery of particles with magnetic properties inside a living organism was not news to scientists – like crystals, as biologists now believe, is used by bacteria, fish and birds to work their on-Board biocompare, helping them to navigate in space and find the path to spawning grounds, breeding grounds or sources of food.

On the other hand, says Barbara Meyer (Barbara Meier) from the University of Lancaster, such particles are never found in the mind of people, and in the future, scientists have begun to doubt in their natural origin, when it was revealed the connection between the magnetite particles and the development of several diseases such as Alzheimer’s disease.
Scientists have proposed to use neuropil to control appliances

Investigating these relations, Meyer and her colleagues tried to understand as under what conditions formed these nanoparticles, examining samples of magnetite crystals extracted from the brain tissue 37, recently died of natural causes or killed as a result of accidents in Mexico city, capital of Mexico, and in British Manchester.

Magnetic properties and structure of crystals of magnetite, as Meyer explains, depends on at what temperatures they were formed. If magnetite is formed by biological, these temperatures are, for obvious reasons low and do not exceed 37-40 degrees Celsius. This allows to distinguish biogenic magnetite nanocrystals from arising in the bowels of the Earth, or in the course of any abiotic processes.

At this point, physicists can remember where they’ve seen these kinds of crystal – like particles, as shown by the recent investigations of the road, often on roadsides where they are deposited from the exhaust gases of cars. This is supported by the fact that many of the nanoparticles extracted from the brain, contained traces of platinum used as a catalyst in sensors and modern fuel injection engines.

Apparently, they are deposited not only in the dust of the road, but in the brain of pedestrians and drivers, which they penetrate, the assumptions of Meyer, via olfactory nerves directly connecting the brain with the outside world. Given that these particles or cause or aggravate the development of Alzheimer’s disease, scientists propose to conduct more extensive research of their role in diseases of the brain and nervous system to determine how much of a threat they pose to us.