Disappearing species of animals can save fecal transplantation 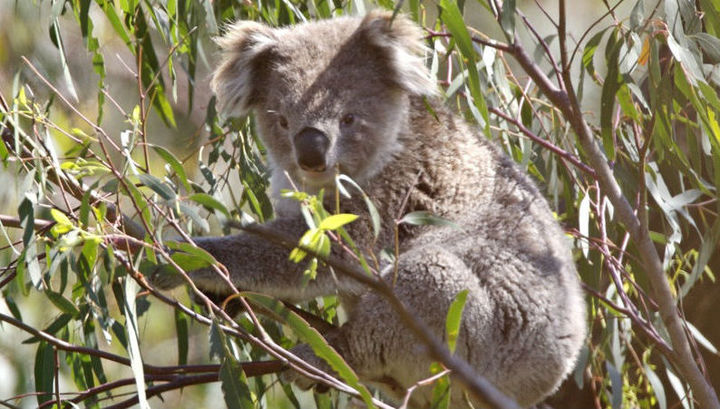 At the next meeting of the American Society of Microbiology (ASM) held in Atlanta, several research teams immediately presented their results on working with microbioms of animals, which are considered to be extremely vulnerable in the modern ecological situation. It turned out that such manipulations as fecal transplantation, transplantation of bacteria from the skin and some other methods can affect the ration of animals, the success of attempts at their reproduction in captivity, resistance to poisons and pathogenic fungi. But first things first.

It is difficult to find in the world of eaters more fastidious than koalas. These sweet creatures feed exclusively on the leaves of several varieties of eucalyptus. Moreover, in some regions, koalas choose the leaves of only one species of this plant. And “manage” this, it would seem, extremely unfavorable legibility, of course, bacteria. Therefore, at a time when the environment is rapidly changing (and certain plant species are disappearing from the face of the earth), specialists naturally raise the question of whether koalas and other animals will be able to adapt with a similar situation, and above all, whether they can help in this.

The idea behind the Australian researchers led by Ben Moore from the University of Western Sydney is that by influencing the microbiota of animals, it is possible to improve their ability to adapt, and therefore, the chances of survival. In the case of koalas (Phascolarctos cinereus), they suggested that a change in the composition of intestinal bacteria would directly affect the taste preferences of legible animals. In their work, they chose the method of fecal transplantation, that is, direct transplantation of the intestinal population from one group of animals to another.

Dr. Moore and his colleagues collected fecal samples from 200 koalas from 20 regions of Australia. They found that some animals prefer only the leaves of the eucalyptus of the rod-shaped, others feed exclusively on the eucalyptus oblique and only a few koalas are able to consume both species. In this case, individuals with different eating habits can live ten meters from each other. It is not difficult to guess that the population of the intestines of koalas differed depending on the diet.

Therefore, at the next stage, the scientists transplanted the fecal microbiota from six less discriminating individuals to six faithful devotees of a rodlike eucalyptus. In just 18 days the species population of the intestines of all animals was identical, and some individuals even adapted to a mixed diet.

By the way, there are studies proving that not only intraspecific fecal transplantation, but also interspecific transplantation, can be effective. The object of research in one of the most striking works in this area were deserted wood rats of the species Neotoma lepida. They are studied by a group of specialists from the University of Utah, headed by Professor Denise Dearing (Denise Dearing). A few years ago, scientists found that the bacteria inhabiting their intestines help feed these frankly toxic plants to these rodents. And in the new study, the results of which were presented at the ASM meeting, it is said about the successful transplantation of these bacteria to conventional laboratory rats. As a result, animals have acquired the ability to break oxalates – salts of oxalic acid, which lead to the formation of kidney stones.

No less interesting is the work with the transplantation of bacteria from the skin of frogs. As is known, many species of amphibians now have to contend with a dangerous fungal disease. Unfortunately, many of them are in decline and even completely disappear. A team of microbiologists led by Eria Rebollar from the National Autonomous University of Mexico managed to suppress the development of the pathogen by transplanting symbiotic bacteria from the skin of frogs, to which the fungus was not scary. 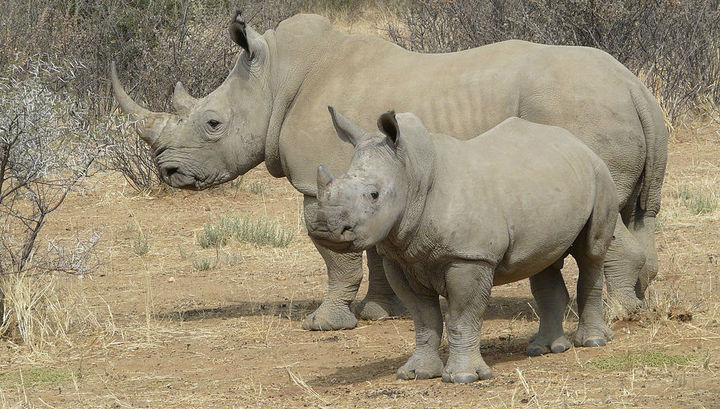 As for the southern white rhinoceros, the main problem of successful species conservation was the selection of the correct diet when breeding in captivity. Reported on the work done, a team of scientists from the California Zoo in San Diego, led by Candace Williams (Candace Williams). They did not change the microbiota of rhinoceroses, and debugged the animal nutrition system so that the micro population of their intestines could cope with it independently without consequences for reproductive function.

The fact is that in the historically established rhinoceros diet in zoos includes a large number of phytoestrogens from soy and alfalfa. These substances have a significant effect on the production of female sex hormones. But, according to the presented results, if the Indian rhinoceroses (Rhinoceros unicornis) do not interfere with the production of offspring on a regular basis, then the white southern (Ceratotherium simum simum) was much less fortunate. Further microbiological analysis has just revealed the key difference determined by the bacterial population of the intestines of two species.

As soon as the southern white rhinoceroses began to receive food with a minimum content of phytoestrogens, the process of their reproduction was completely restored. Now, the staff of the zoo willingly share their knowledge with colleagues from