Discovered a new greatest extinction in the history of the Earth 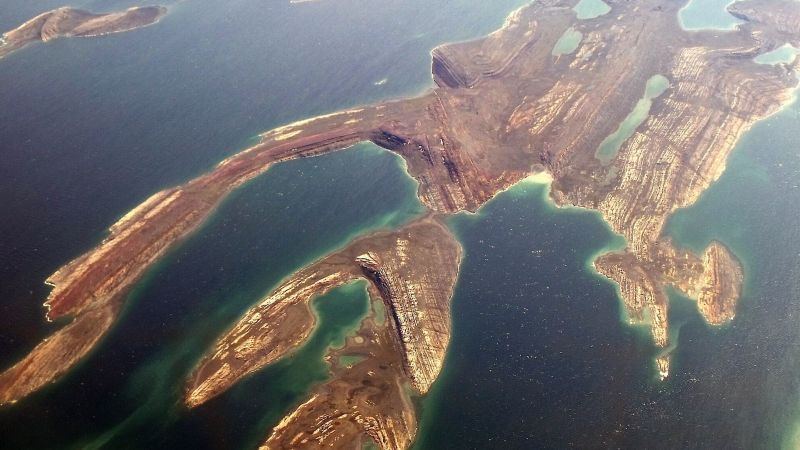 Evidence found by scientists at Stanford University in Canadian rocks, formed billions of years ago, opens an unknown page in the history of the Earth. Despite the fact that at that time the animal world did not yet exist, passions flared up not comic.

Since this is the period preceding the emergence of complex organisms, researchers could not simply dig up fossils to find out what was happening on the planet two billion years ago. Indeed, even the “clues” left in the stones that have been preserved since then are difficult to detect and analyze.

Therefore, this time a group of researchers resorted to the help of barite, or heavy spar – a barium mineral collected on the Belcher archipelago in the Hudson’s Bay. Its crystals keep a history of changes in the level of oxygen in the Earth’s atmosphere.

Scientists are very lucky with the samples obtained. The information received from them shed light on events that are two billion years old.

“The fact that this geochemical” signature “[in barite] was preserved surprised us very much. Especially unusual in the minerals found was their obviously very rich history,” says Malcolm Hodgskiss, one of the authors of the new scientific work, university release.

Information about the level of oxygen in the ancient atmosphere of our planet interested researchers for a reason. They wanted to clarify the history of the so-called oxygen catastrophe and find out how it ended.

There is a lot of geochemical evidence that in the first billions of years of the Earth’s existence there was practically no oxygen in the atmosphere, and its content began to grow 2.7–2.5 billion years ago. This is due to the fact that organisms have appeared on Earth that are capable of producing oxygen through photosynthesis.

In those days, the planet was especially hospitable for photosynthetics. The reserves of chemical elements necessary for their nutrition (for example, phosphorus) in an accessible form for assimilation were practically unlimited. The “indefatigable appetite” of the ancient inhabitants of the globe was accompanied by active photosynthesis and an abundant release of oxygen.

The sharp increase in the concentration of this gas in the atmosphere was also connected with the fact that there were simply no one to consume it more than two billion years ago: there were no creatures with oxygen breathing on an oxygen-free planet.

What was to happen next? It is logical to assume that over time, these oxygen-producing creatures have depleted the supply of “food” contained in the ocean. Due to the onset of hunger, they began to die out. The oxygen concentration in the atmosphere ceased to grow, and then began to fall as this chemically active substance entered into various compounds.

The finale was very dramatic. A little more than two billion years ago, the diversity of the smallest microorganisms that transformed the atmosphere of our common home and paved the way for the development and prosperity of complex, diverse life on Earth, was significantly reduced.

The authors call this extinction “geologically unprecedented.” According to their estimates, it eclipses what happened much later Permian-Triassic catastrophe. Recall that the latter destroyed 96% of marine and 70% of continental species that existed at that time. For a long time, it was considered the greatest reduction in biodiversity in the entire history of the globe. And even more so, such a cataclysm leaves behind the so-called Great Extinction, part of which was the extinction of the dinosaurs.

To test this hypothesis of feast and famine, experts analyzed the oxygen, sulfur, and barium isotopes in the samples of hard spar they collected.

In addition, scientists conducted radioisotope dating, with the help of which they determined the age of geological finds. The data obtained confirmed the hypothesis of an “over-emission” of oxygen and a subsequent sharp drop in its concentration.

You can learn more about the results of the work of geochemists in the scientific publication PNAS.