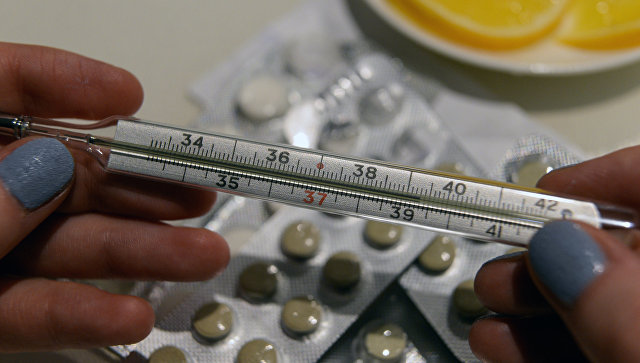 A person’s ability to resist certain strains of influenza in unexpected ways depends on the year of his birth, which indicates the presence of a peculiar immunological imprinting against influenza virus.

Imagine that as a child you first became infected with the influenza virus, which we provisionally call an orange Lollipop. If in subsequent years you will encounter another virus subtype, for example, bird flu and your immune system is never in contact with, but which is similar to the Lollipop, then your chances of dying will be extremely small because of the development of cross-immunity. On the other hand, if you have contracted the virus-a blue Lollipop, then any protection you will not, — says Michael Sparrow (Michael Worobey) from the University of Arizona in Tucson (USA).

Each year, influenza epidemics claim the lives of many thousands of patients. The fight against the flu is complicated by the fact that there are three varieties of this virus – A, b and C, which makes quite difficult to predict what kind of virus will be prevailing next year. In addition, vaccination allows the immune system to develop one or more strains of influenza virus.

The most dangerous flu viruses of the type A. Varieties of this virus are divided into groups A1 and A2 depending on the composition of the protein shell of the virus, defining the mechanism of infection of the cells of a host organism. The first group includes the swine flu virus to the second – avian influenza viruses.

Viruses within each group are quite different in structure, and organism, and the vaccine manufacturers have to adapt to new strains of flu every year. Thanks to these vaccines and the fact that people develop immunity to the current virus, in nature there was a kind of circulation of influenza strains, alternately circulate among people, birds and animals.

Sparrow and his colleagues found unusual traces of this cycle by studying the immune system of people reacted to the two most promoted in the media version of the virus avian influenza H5N1 and H7N9, have caused serious epidemics and the death of several hundred people in the last 10-15 years.

After studying nearly 1.5 thousand cases of infection of these viruses in the recent past, biologists have found that the first contact with influenza viruses imperceptibly, but irreversibly and radically alter the immune system.

As it turned out, people who in childhood endured infection the influenza viruses that belong to the same family as H5N1 or H7N9, better cope with their unfamiliar organism avian infection than people who had in childhood other variants of this disease.

This is manifested in that, for example, that H5N1 has mostly struck children and young people and H7N9 – adults and older people born before 1968. As shown by the experiments of Sparrow and his colleagues, this unusual selectivity of the virus was related to how the immune system of young and elderly people react to the virus.

In particular, the immune cells of young people better recognize particles H7N9 and destroyed them, and in adults, on the contrary, the immune system better fight with H5N1. Turning to the archives of the history of epidemics of influenza, scientists have understood why this is happening – it turned out that 50 years prior to 1968, America was mostly struck by the strains of the flu, akin to H5N1, but in a more modern era – viruses, H7N9 related.

The immune system of patients saragassa these viruses in childhood, will forever remember them and have developed antibodies that can find and neutralize them similar to avian influenza viruses, despite the vast differences in their structure. A similar thing is called cross-immunity – for example, infection with one version of the Ebola virus makes you immune to all varieties of this pathogen and also to the virus Marburg.

The discovery of this unusual imprinting will allow doctors to more accurately predict the consequences of the development of new epidemics for different segments of the population, and also adds to expectations that will create a universal flu vaccine running like this form of cross-immunity and the effect on all strains of the virus.