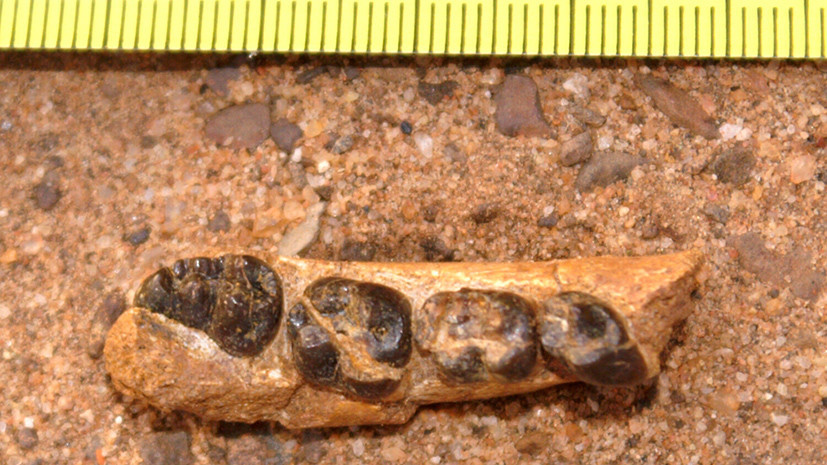 American scientists have identified a new species of monkeys that lived on Earth 22 million years ago. The discovery was made thanks to the fossilized teeth found in Kenya. This helped to fill the gap in the evolution of human primates 6 million years old.

American geologists from the University of Nevada in Las Vegas found that the teeth found in March this year in northwestern Kenya belong to a previously unknown species of ancient monkeys. This is reported in an article published in the journal of the London Royal Society Proceedings of the Royal Society.

The discovery was made as part of a study of a sedimentary section in the area of ​​Kenyan Lake Turkana, where a large number of fossils were discovered, including several hundreds of limbs, jaws and teeth of various reptiles and mammals, including ancient elephants.

In the laboratory of isotope geochronology at the University of Nevada, scientists determined that the age of the teeth belongs to the early Miocene period and is 22 million years. The oldest fossil tooth of an ancient monkey found in Tanzania in May 2005, considered to be the last common ancestor of protoluds and monkeys, is 25 million years old, and the skull with teeth found in Uganda in 2011 belonged to an ancient herbivorous monkey 19 million years old. The discovery filled a gap of 6 million years in the history of the evolution of hominoids – the superfamily of great apes, to which people belong.

Due to the structure of the teeth, the discovered species was called Alophia, that is, it does not have lofs – crests on the chewing surface of the upper cheek teeth. The presence of such ridges is inherent in herbivorous mammals and humans; they arose as a result of the evolution of primates on the surface of the teeth later.

“Monkeys appeared at a time when Africa and the Arabian Peninsula were a single continent. As a result of the collision of this tectonic plate with Eurasia 20-24 million years ago there was an exchange of animals and plants. The discovery sheds light on the history of the early evolution of the ancient monkeys of the Old World. We see that over time, their diet changed – primates began to eat more leaves. It is not yet clear whether this was caused by climate change or competition from animals from Eurasia, ”says geologist Terry Spell, one of the participants in the research team who made this discovery.