Discovered the fossilized remains of a penguin giant 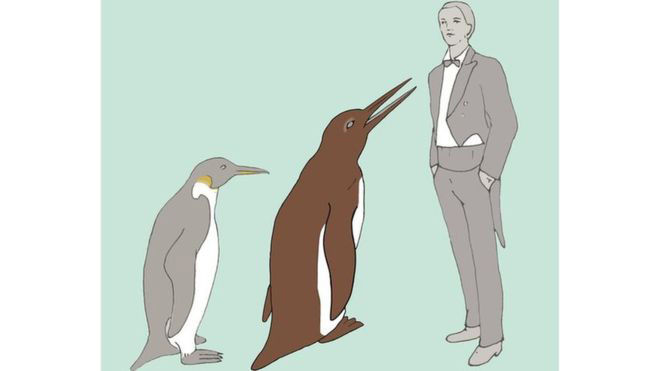 Scientists have discovered the oldest fossilized remains of a penguin. It is believed that 61 million years ago, the flightless birds have roamed the Earth. Bones found in New Zealand, show that the ancient penguins belonged to the mind, the representatives of which were larger than the modern black-and-white inhabitants of Antarctica.

In the photo above – the comparison of the size of the Emperor penguin, a penguin and a four-foot human height 180 cm

Paleontologists believe that the penguin, which belonged to the fossilized bones, reached a height of 1.5 meters. The average height of specimens of the largest modern species — the Emperor penguin is about 1.1–1.3 meters.

Giant penguins lived alongside other species of penguins that are already known to science. But, as shown by the fossils between species, there were huge differences.

The discovery proves that the penguins have inhabited the Earth in 4 million years after the disappearance from the planet of dinosaurs. Distant relatives or “great-great-grandfather of the penguins” appeared 65 million years ago when dinosaurs still roamed the world.