Discovered the oldest fossils in the world 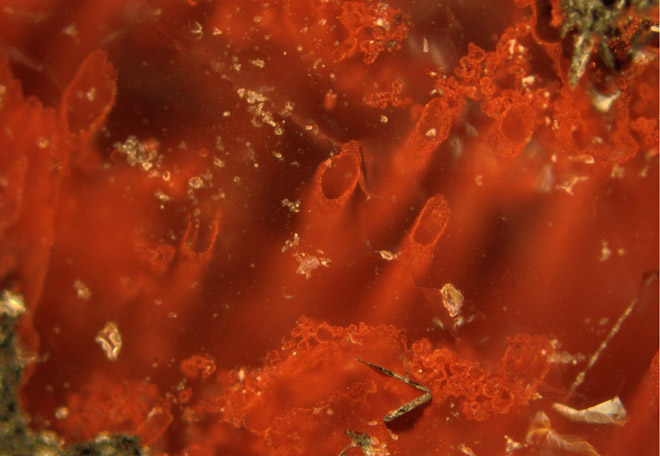 Tiny tubes and fibers in the rock in Canada could be the oldest fossils on the planet.

Discovered elements — the mineralized remains of bacteria that lived 3,77 — 4,28 million years ago. If the guesses of scientists are correct, then the fossils of ancient previous “Champions” — the remains of the age of 3.77 billion years old, found in the rocks of Greenland in August 2016.

Fossils found in the rock off the East coast of Hudson Bay in Northern Quebec. Microscopic fibers and tubes, consisting of ferric oxide hematite, found in Jasper. A single thread can represent a chain of cells.

The author of the study Matthew Dodd from University College London (UK) said that the microbes were living next to a hole in the sea floor where water heated by the volcano. Since fossils almost as old as the Earth formed 4.5 billion years ago, the discovery supports the hypothesis that life appeared immediately after obrazovaniya planet.

Such findings of early life is difficult to interpret as unambiguously as, say, extracted from under the ground a bone of a dinosaur. Belonged if the remains in the rock the living creatures is debatable. A new study has convinced not all. Two experts, Martin J. Kranendonk from the University of New South Wales (Australia) and Abigail Alwood, a geologist at NASA, insist that the most ancient evidence of life — harp — 3,77 billion years.