Discovered the oldest source of oxygen on Earth 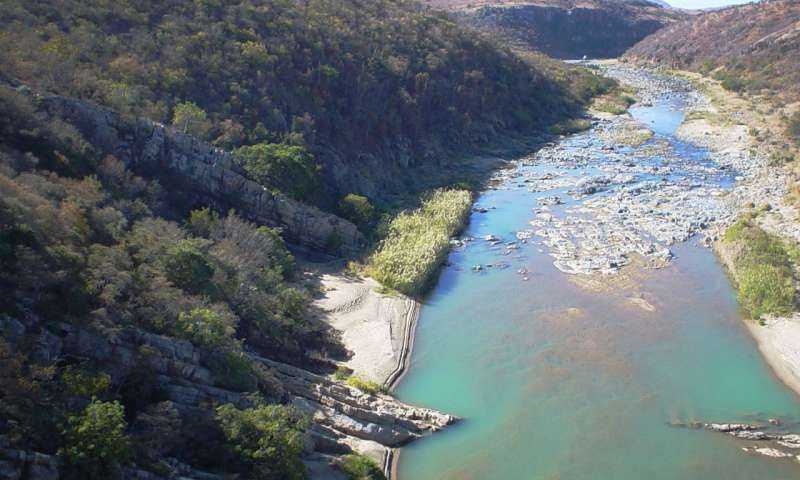 An international group of geologists discovered in South Africa the oldest known “oxygen pockets” – a place where, already 2.97 billion years ago, for 430 million before the oxygen revolution, the first photosynthetic organisms lived and isolated oxygen.

In the atmosphere of the young Earth, there was very little oxygen; today’s 20% of this gas in the air is the result of photosynthetic plants and bacteria. The first to release oxygen began cyanobacteria – unicellular photosynthetic organisms. First, the oxygen they extracted was spent only on the oxidation of rocks, but about 2.5 billion years this process was completed, and oxygen began to accumulate in the air and dissolve in the ocean; this event is called an oxygen revolution (or a catastrophe, as a result of the enrichment of the oxygen atmosphere killed species adapted to life in a reductive, rather than oxidative atmosphere).

Scientists recognize the activity of the first photosynthetic organisms before the oxygen revolution by the composition of the sedimentary rocks slowly accumulating in the “oxygen pockets”. These are areas near large bacterial mats, around which the oxygen concentration was closer to the modern than the rest of the planet. There are several such “oxygen pockets” of 2.5 to 2.7 billion years old; they were found on all continents, except Antarctica. In addition to carbon (from carbon dioxide), hydrogen and oxygen (from water), they need other elements, such as sulfur and nitrogen. Cyanobacteria obtained sulfur, restoring it from sulphates in the soil. The rocks on which cyanobacteria lived and shared, as well as rocks formed after the oxygen revolution, are characterized by a mass-independent distribution of sulfur isotopes.

Last year, an international group of geologists from the University of Tübingen in Germany discovered a rock on the territory of the Pongola reserve in South Africa, the distribution of sulfur isotopes in which indicates a high concentration of oxygen in the atmosphere already 2.97 billion years ago, long before the oxygen revolution took place. The distribution of sulfur isotopes in the rocks of the Pongola formation makes the Pogolian “oxygen pocket” the oldest known to date.