Discovered the “supergene”, determining the sex of the baby 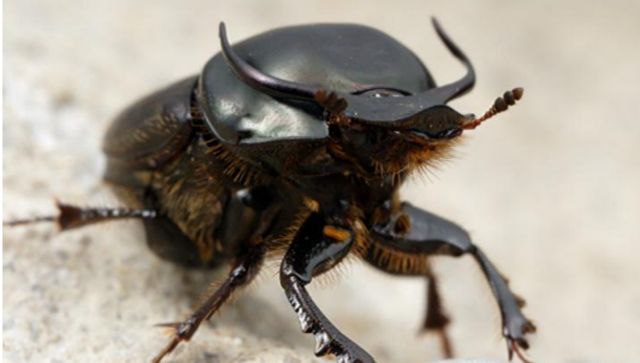 Scientists from the USA discovered in the DNA of the scarab beetles of unusual gene DSX, manipulations, which make the “male” embryo in species with female sexual characteristics, and Vice versa.

“This gene is very subtly controls the sexual development of male and female characteristics. It is critical in order to prevent the emergence of masculine traits in females and Vice versa, because their appearance may cause extremely negative consequences for the body of the animal and its chances of survival,” explains Chris Ledon-Rettig (Chris Ledon-Rettig) from Indiana University in Bloomington (USA).

All mammals and many bird species use a special sex chromosomes to determine the sex of the offspring. For example, the presence of two X-chromosomes in the genome of human fetus will turn him into a girl, while one X and one Y chromosome — a boy. Gender in fish and some other types of animals is determined by the temperature at which incubated, the embryo, or other factors not associated with genes and DNA. In this and in another case, scientists do not know, where contains “male” and “female” program of growth of the embryo and that they are administered.

Ledon-Rettig and his colleagues approached the opening of the answer to this question, observing the gene expression in eggs and embryos of the two-horned scarab beetles (Onthophagus taurus), males and females which are very different in appearance.

The males are adorned with powerful horns, which they use in battles for the attention of females, but the males do not participate in caring for the offspring. In turn, females are devoid of horns, but they have powerful legs which they need for digging and laying eggs.

Comparing the activity of various genes associated with sexual maturation and development in eggs of males and females of these insects, scientists have discovered that the whole process runs a single gene – a section called DSX. About its existence, biologists knew before, but they did not know that he has control over thousands of other DNA of males and about 250 genes in the genome of females.

All of these genes, as the researchers note, do not work at the same time, and included at different stages of development of the embryo and the body of beetles, making DSX “conducts” body of scarabs actually throughout their lives. In some cases, this “gene-conductor” simply turns off unnecessary genes, such as genes of the growth of horns in females, and others have changed the nature of their work.

Disabling it leads to interesting results in both males and females developing a “mixed” set of features of anatomy that combines the organs and features of both the weak and strong floor. For example, beetles of both sexes grow horns medium in size and there is a “double” set of sexual characteristics. If the structure of this gene to modify, it is possible to achieve different results is to make a male embryo to develop into a female and Vice versa.

According to the researchers, similar genes should be present in the DNA of other insects, and their analogues can control the sexual development of mammals, birds and humans. Their search will be the next task of the scientific team Ledon-Rettig.