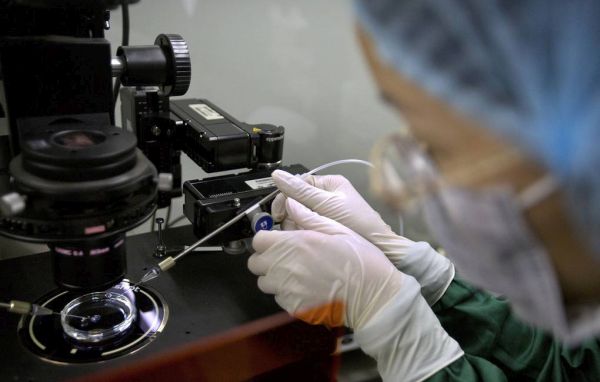 Paleogenetics extracted fragments of Denisovan DNA from the soil at the bottom of the Tibetan Baishiya Cave and partially deciphered their structure. Thanks to this, scientists have proven that these ancient people lived in the cave for tens of thousands of years. The research results were published in the scientific journal Science.

“We have just begun to explore this cave, but now we have found hundreds of tools, animal remains and many fragments of ancient DNA. Further study of it can provide a unique opportunity to understand how the Denisovans lived and behaved,” said one of the study authors, University of Arizona (USA) Charles Perrault.

Denisovans are one of the types of people whose existence scientists learned only about ten years ago. Their remains were first found in the Denisova cave in Altai, in 2008. From the found phalanx of the finger, paleontologists under the leadership of Svante Paabo extracted fragments of the genome and soon determined that it belongs to a new species of people.

Initially, the discoverers believed that the ancient inhabitants of Altai were relatives of the Neanderthals who lived in the Denisova cave about 50 thousand years ago. Subsequently, it turned out that the Denisovites appeared much earlier and were a separate subspecies of people. Traces of their DNA have been preserved in the genomes of modern Polynesians, Indians of South America and some peoples of Southeast Asia.

Last year, scientists first discovered the remains of the Denisovites not from the Denisova Cave. They were found in the Tibetan Baishia cave back in the 1980s, but they only recently fell into the hands of scientists from Lanzhou University (China).

At first, paleogenetics were unable to isolate DNA fragments from it. However, analysis of the protein content of the bones helped. Thanks to this, the researchers found out that Denisovans lived in Tibet more than 160 thousand years ago. This discovery prompted geneticists to believe that many of the gene variations that help modern Tibetans to survive, they could have inherited from their Denisovan ancestors.

Not finding fragments of the genome in the bones of the Denisovan, Perrault and his colleagues began to look for traces of his DNA in the soil of the cave. They relied on a technique that Svante Paabo developed a few years ago, who decoded the DNA of the Neanderthals.

Sifting through different soil samples from 100 to 45 thousand years old, scientists found in all of them a large number of fragments of the so-called mitochondrial DNA. This is one of the most “tenacious” parts of the human and other animal genome. It is passed from mothers to children and changes relatively slowly. Thanks to this, scientists can determine the origin of its owners and track their migrations.

Having deciphered all these samples, the scientists confirmed that they belonged to the Denisovites. It turned out that they lived in the Baishia cave continuously, for a very long time – at least 40 thousand years. This suggests that the Denisovites did not come to Tibet by accident, but adapted to life in the mountains.

Interestingly, a significant part of the DNA fragments from the upper layers of the cave soil did not belong to Denisovans, but to Homo sapiens. This may indicate that representatives of both species were in contact with each other and could coexist. However, this still needs to be proved. Further exploration of the Tibetan caves, Perrault and his colleagues hope, will answer this question.