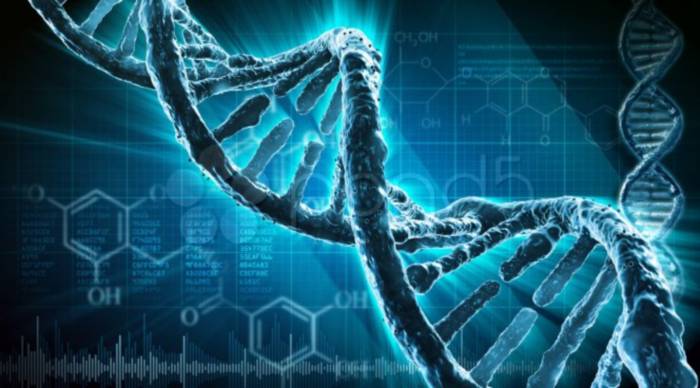 Biologists at northwestern University in the US found that the DNA molecule is capable of emitting beams of soft “Ghost” light. This radiation can be used to study processes in human cells without introducing additional chemical substances.

For visualization of DNA, RNA and proteins inside the cell are usually used special fluorescent molecules. They absorb quanta of light (ultraviolet or visible), moving to an excited state. After that, they lose energy by emitting fluorescent radiation that is less intense and reminiscent of the ghostly lights. In cytological studies often use green proteins, which help to create a contrast image with high resolution. However, scientists have discovered that DNA is, perhaps, needs no dyes, and capable of self-illumination.

According to biologists, the luminescence of DNA remained unknown for a long time due to the fact that this macromolecule is preferentially located in the so-called “dark state”. It does not absorb and does not emit light quanta. However, sometimes it aktiviziruyutsya and begins to fluoresce.

Scientists have discovered that if you expose DNA to visible light, it becomes excited and begins to emit light in sufficient quantity. Biologists believe that this discovery will greatly facilitate research as many of the phosphors (luminescent substances) are toxic and kill cells.