Doctors discovered seven spoons, a knife and two toothbrushes in the male intestines 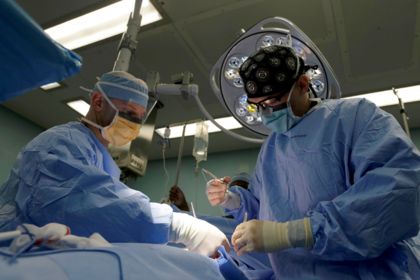 In Mandi County, India, doctors removed a set of kitchen utensils from a patient’s intestines. It is reported by the British edition of The Sun.

A man who wished to remain anonymous complained of severe pain in his stomach and was taken to Lal Bahadur Shastri State Medical College. Doctors made an x-ray and found in his intestines a lot of foreign bodies. The patient was urgently referred for surgery.

During the procedure, specialists removed seven small steel spoons, two toothbrushes, two small screwdrivers, a small knife and a rod. They were shocked that the patient was still alive after swallowing a knife.

Doctors also suggested that a man suffers from Pick’s disease – an eating disorder in which a person eats things that are not intended for human consumption.

The patient is currently in critical condition in the intensive care unit. Doctors hope that he will soon recover.

Earlier in May, it was reported that in India, doctors removed more than a hundred nails from a local resident’s digestive organs. The patient is in a stable condition, nothing threatens his health. According to the doctor who performed the operation, the man was lucky that the metal nails did not pierce his organs, as this could lead to death.