Does the engine impossible the laws of physics? 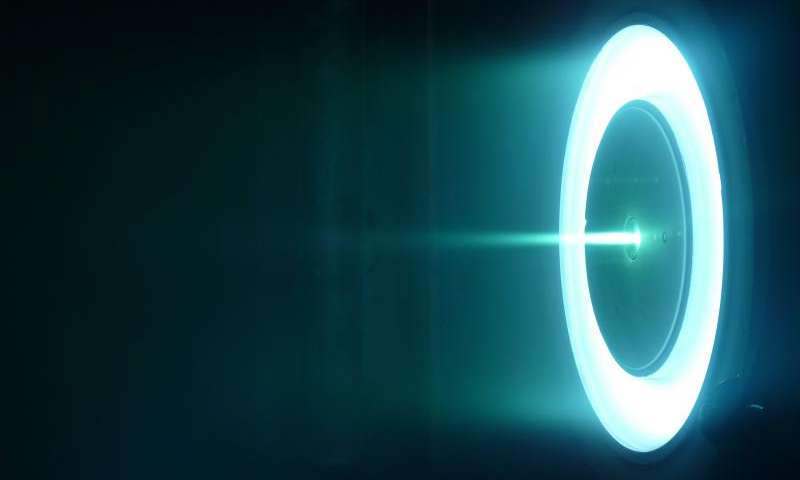 Since NASA announced the creation of a prototype of controversial EM Drive engine (RF engine with resonant cavity), the flow of criticism do not dry out, and any reported results of experiments cause controversy. And since most announcements take the form of “leaks” and rumors, it is not surprising that the degree of skepticism is not reduced.

Nevertheless, reports continue to come in. The latest results were obtained from the Eagleworks Laboratories at the Space center. Johnson. In the “leaked” report shows that the disputed engine is able to generate thrust in a vacuum. And as the review process, the ability of the engine to work in space remains a troublesome problem for quite a long time.

Given the advantages of the EM Drive, it is easy to understand why people want to see him at work. Theoretically it could produce enough thrust to fly to the moon in four hours, to Mars for 70 days, to Pluto — for 18 months, and all without a drop of fuel. Unfortunately, this propulsion system is based on principles that violate the law of conservation of momentum.

This law States that the momentum of the system remains constant not created or destroyed, but only changes under the action of forces. Since the EM Drive includes an electromagnetic microwave cavity, which convert electrical energy directly into thrust, it has no reaction mass. So “impossible” by the laws of traditional physics.

The report, entitled “measurement of the impulsive thrust of a closed radio-frequency cavity in a vacuum” was in open access in early November. Its lead author, of course, Harold white, Eagleworks laboratories engaged in the development of advanced propulsion systems at NASA.

In the work he and his colleagues reported that completed a test of impulsive thrust “test conical RF sample”. It consisted of a forward and reverse phases of thrust, low thrust pendulum and three tests of thrust at power levels of 40, 60 and 80 watts. According to the report:

“Here it is shown that dialectically loaded conical RF sample is running in a mode TM212 at 1937 MHz, able to consistently generate thrust at 1.2 to ± 0.1 mn/kW with the power directed to the narrow end under vacuum”.

To clarify, the thrust-to-power — 1,2 mn per kilowatt — very slight. Indeed, in these results are placed in context for comparison with ion engines and laser sails:

“Today’s best thrust-to-power in the engine Hall is about 60 mn/kW. This is much higher than was given test sample during operation in a vacuum. Performance 1.2 mn/kW, two orders of magnitude higher than other forms of the movement “without fuel”, like laser sails, laser pull and photonic missiles, which develop thrust-to-power 3,33—6,67 mn/kW”.

Currently ion engines are considered the most fuel-efficient form of movement. However they are quite slow compared to conventional solid-fuel engines. For example, the Dawn mission the ESA relied on the xenon-ion engine which produces thrust to power in the 90 millinewtons per kilowatt. Using this technology, the probe took nearly four years to get from Earth to the asteroid Vesta.

The concept of directed energy (like laser sails), in contrast, requires very little thrust because it uses a small device — a tiny probe weighing a few grams and tools in the form of chips. Currently, this concept is investigated as a promising to travel to nearby planets and star systems.

Two good examples are the interstellar concept of NASA’s DEEP-IN that is being developed by the University of California in Santa Barbara and will try to use lasers to disperse vehicles to a speed of 0.25 light speed. Meanwhile, the project Starshot (Breakthrough initiatives) develops a machine that can take up to 20% of the speed of light and reach alpha Centauri in 20 years.

Compared with these proposals, the EM Drive can boast that it does not require any fuel or external energy source. But if based on the results of his tests, the amount of energy needed to generate significant thrust, makes it impractical. However, let’s not forget that the original purpose of these tests was whether generated by the engine thrust to be charged to any undetected anomalies.

The report also recognizes the need for further testing to rule out other possible causes, such as displacement of the center of gravity and thermal expansion. And if it is possible to exclude external causes, future tests will set the task to improve the performance of the EM Drive. And all this is assuming that the “leak” was genuine. While NASA will not be able to confirm the reality of these results, the EM Drive would be suspended in limbo.