Dogs doubled in size after domestication 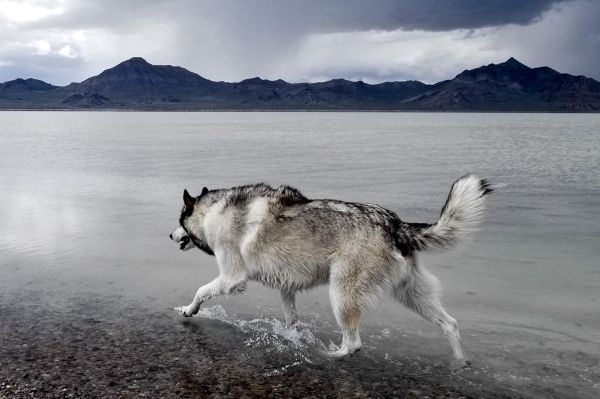 Between the Stone and Iron Ages, dogs mastered more and more new roles in the economy of the inhabitants of Europe, which led to an increase in their average weight by one and a half to two times.

Between the late Neolithic and the era of the Roman Empire – from 8000 to 2000 years ago – the average weight of dogs in Europe doubled. This process reflected the change in the main role of animals in human life, the transition from hunting and guard functions to shepherding and livestock protection. The increase in size allowed the dogs to meet even such dangerous predators as wolves and bears. Scientists write about this in an article published in the Journal of Archaeological Science: Reports.

Dogs were domesticated, according to various sources, between 15,000 and 30,000 years ago. It is believed that at first they grew noticeably smaller than their closest wild relatives, gray wolves, and helped people track down game and guard their homes. Over time, however, dogs have evolved into other roles, as evidenced by new work by Arizona State Museum researcher Martin Welker and colleagues.

Scientists examined the remains of dogs found in ancient graves in Croatia and neighboring countries. Domesticated animals appeared here along with Neolithic farmers who migrated from Anatolia and the Middle East. The samples were dated from 8000 years old – the late Neolithic – to 2000 years old – the Iron Age, the era of the Roman Empire.

According to Weckler and his co-authors, the average weight of the first dogs was about 17 kg (which can be compared with the size of modern border collies), and by the time of the heyday of ancient Rome, it had reached 24 kg. Some historical sources indicate that larger animals were also used in Rome, weighing up to 34 kg (like the current Pyrenean mountain dogs).

The additional roles that dogs received in human society are indirectly indicated by the results of the analysis of plaque on the teeth of sheep of that time. The authors of the new work note that, starting from the late Neolithic, they ate more and more alpine vegetation. At the height of alpine meadows, the danger of attack by predators is greater, which created the need for the appearance of larger shepherd dogs to protect domestic animals.