Dogs remember everything that was done by their owners 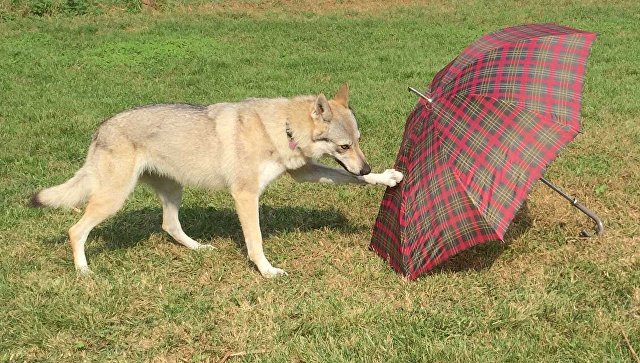 The unusual experiment with participation of dogs showed that they are able to remember what was done by their owner, and can repeat these actions even when they do not expect that similar memoirs will be useful to them.

“Our work can be considered as the next step in destruction of simulated barriers between animals and people. Dogs traditionally are considered as us as one of the “cleverest” animal species, and all of us equally constantly are surprised to how another research shows that dogs do not concede to the person in many areas of intelligence, despite an evolutionary abyss between us” — Claudia Fugazza from the Budapest university declared (Hungary).

In recent years scientists find more and more certificates that typically human lines of intelligence and our abilities to show the composite emotions are characteristic also of many other animals, including dogs, primacies and even ravens. For example, recently neurophysiologists found out that dogs are able to understand intonations and sense of words which to them are said by owners that they communicate with people not for the sake of food, and for the sake of obtaining attention and positive emotions and that they are able to distinguish emotions on a face of people familiar and unfamiliar to them.

Fugazza and her colleagues found out that dogs have one more typically human line – ability to remember “unnecessary” things and to remember them if necessary, watching behavior of several couples of dogs and their owners playing the game “Do as I”.

Many owners of dogs well know that their pets are able to repeat actions after them if to ask them to make it. Similar ability as Fugazza notes, is not yet the evidence of presence of “human” memory at dogs as animals can mechanically learn to repeat actions of owners unconsciously, just knowing that the similar movements for some reason force the person to feed or stroke them.

The Hungarian scientists thought up a witty way of check of, whether so it actually, having inserted into this game one more task, absolutely not the bound to its tentative purpose. At first owners of dogs taught them to repeat the actions, and then, is absolutely unexpected for animals, tried to force them to learn to sit down on a rug in the room while the person gave the command “to lie”.

After a while dogs got used to “change of plans” and began to lay down spontaneously on a rug while the room was entered by the owner, expecting that that will ask them to lay down. During one of such “trainings” of people unexpectedly spoke “do as I” then scientists watched closely actions of dogs.

Results of it were extremely unexpected – dogs, judging by a delay of their reaction and a lingering look on the owner, were surprised to unexpected team of the person. Despite the surprise, almost all animals remembered what was done by their owner during the last game and, for example, touched an umbrella which “the big brother” or even touched them minute an hour ago.

Similar results speak about several things at once. First, they confirms presence at dogs of incidental memory, ability to remember things and events which are not bound immediately with an animal. Secondly, it says that dogs possess a certain form of consciousness, ability to separate themselves from the outside world, and to realize intentions and actions of people around.

“From the point of view of evolution, similar opening says that incidental memory is not unique line of the person and primacies and that it is widespread among animals. Dogs, thus, can help us to open secrets of work of incidental memory, especially considering that they live among people long ago and well understand us” — Fugazza concludes.